Samsung is currently sending the latest One UI 2.1 to the initial Galaxy A51 4G mobile phone. According to reports from Sammobile, the latest software update with version A515FXXU3BTD4, weighs 1.26GB in size, and is currently rolling out in several countries including Afghanistan, Egypt, Israel, Morocco, Kenya, Pakistan, Russia, Saudi Arabia, South Africa etc, and should slowly extend to other parts roll-out to other parts of the world within the coming days. 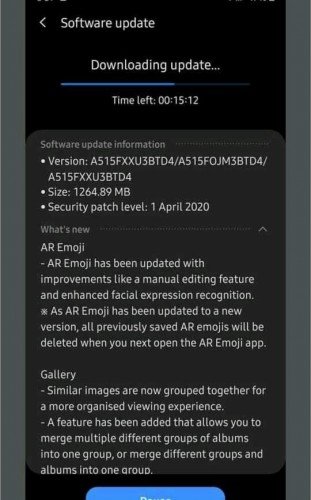 Sadly, only few features like Quick Share, Music Share, improved Samsung Keyboard and improved AR Emoji and updated Gallery app are included in this update, although April Android security patch is included as well. But other core features like AR Zone, Live Caption and Camera features like Single Take, Pro Mode for video, Night Hyper Lapse Mode, My Filters, and Selfie Tone are absent in the update.

But if you still want to try out what the One UI 2.1 feel like on the Galaxy A51, you can check if the update has reached your region already by going to Settings > Software Update > Download an Install. 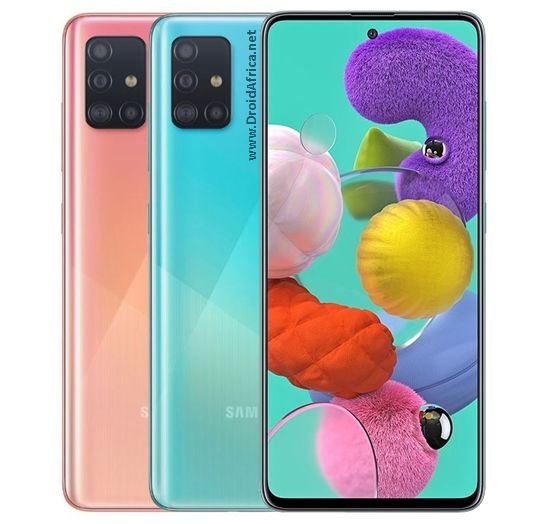 Samsung announced the Galaxy A51 back in December of 2019 with 6.5-inch Super AMOLED display with 2340 x 1080 pixels resolution. The device draw strength from an octa-core Exynos 9611 processor clocked at 2.3GHz, alongside Mali-G72 GPU. The smartphone comes packed with 4000mAh battery with 15W fast charging support and runs Android 10 with Samsung One UI 2.0 out of the box.