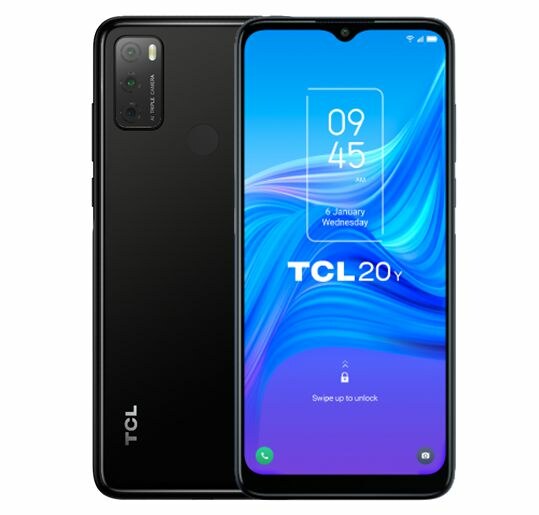 TCL 20Y is an entry-level smartphone from TCL. The model is powered by a MediaTek Helio CPU, and given 4-camera sensors all together. From the front, you are getting a 6.52-inches IPS screen, with 720 x 1600 pixels resolution. It has a dewdrop notch housing the selfie camera on the front. On the camera department, you are getting three camera sensors on the rear. These includes a 48-megapixel primary lens with f/2.0, 2-megapixel macro and 2-megapixel depth sensors with f/2.4 on both sides, while a single 8-megapixel selfie snapper is used on the front.

It also has a rear placed fingerprint scanner, support dual Nano SIM with 4G LTE network, powered by a 4000mAh battery and boot Google Android 11 with TCL UI out of the box. The full specifications and features of the TCL 20Y is contained in the table below.