Infinix elder brother, Tecno Mobile will officially unveil the Camon 15-series in Nigeria and other African countries on the 2nd of April. Thanks to Coronavirus, this will be the first Tecno online product launch in Africa. Three Tecno products are expected on that day. These includes the Tecno Camon 15, The Camon 15 Pro and a fresh Tecno Camon 15 Air.

The Camon 15 and the 15 Pro has been launched in India and Pakistan. And both device has 48-megapixel main sensor in both regions. But Tecno recently confirm that there will be a version of the Camon 15, which will mount a larger 64-megapixel main camera at the back, which gives us glimpse of what to expect from the upcoming  Camon 15 Air.

The Biggest news flash coming your way on the 2nd of April, the launch of the next Camon and …. Join the conversation and be among the first to own the next Camon when you answer our questions correctly #UltraClearDaynNight pic.twitter.com/ODpXW4IZ75

So far, the Air versions of all camon-series are known to be the little guys. So it was with Camon CX Air and the Camon 12 Air. But if Tecno is to launch the Camon 15 and the 15 Pro in Nigeria with same specifications as it did in India and Pakistan, then the bigger title this time could unlikely go to the Tecno Camon 15 Air as the first Tecno smartphone to have a 64-megapixel main camera. 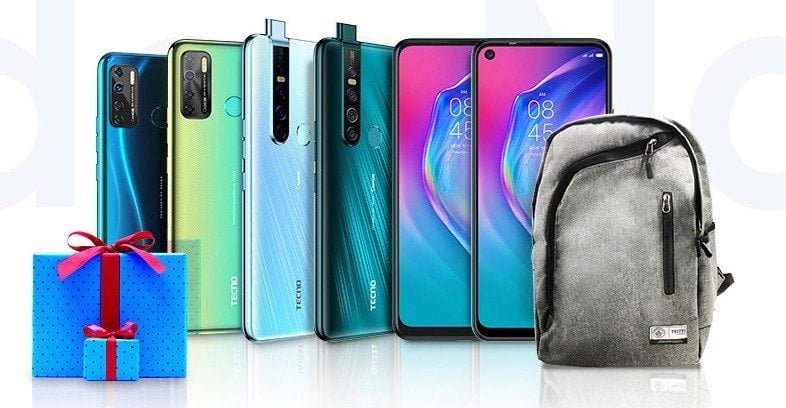 The teaser above also confirms that three smartphones will be launched on that day; two of the device will have pop-up selfies camera and the third, probably having a punch-hole notch. There should be the Camon 15 Air, Camon 15 Pro and the standard Camon 15 respectively.

Again, Tecno will host online product launch for the Camon 15-series on the 2nd of April. The launch event will go live from 20:00 to 21:00 GMT, and will broadcast live via Channels Television, Startimes, Tecno Mobile official Facebook page and Tecno Youtube Channel. You can also pre-order the device now, by clikcing on this link.