Tecno has launched the Pop 3 Plus. It is the latest addition to the Pop series lineup from Tecno. The smartphone is an entry level device which is developed to target the entry level market. Following the recent Pop series from Tecno, they do use low specificications such as 5.0inch display, 3G only and a 3000mAh battery. But with this Pop 3 Plus, everything has changed, you now get a whopping 6.52inches HD+ display, just like the Tecno Spark 4 Lite.

You also get a 4G LTE for faster internet connection and a 4000mAh battery to make sure your connection isn’t interrupted. As a 2019 smartphone, the device uses a waterdrop notch cutout which houses the front selfie camera. There is also a single rear camera for photography and a fingerprint print scanner for security. It comes in two colours which are Blue and Black. 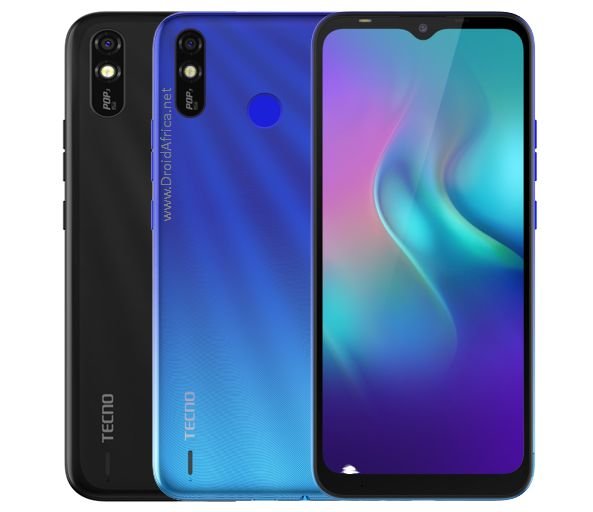 Going to the specs, on the front, it has a 6.52-inch waterdrop notch display. It’s an HD+ display which means it has a resolution of 720 by 1600 pixels. The device has a PPI of 272 and 19:5:9 aspect ratio. It’s an IPS LCD panel screen with 79.3% screen to body ratio. Under the hood, it is powered by MediaTek Helio A22 Chip which has a quad core processor clocked at 2.0GHz, it runs on Android 9 pie with HIOS 5.5 out of the box and a PowerVR GE8320 GPU for graphics or gaming. The processor is also paired with a 1gb of RAM and 16gb of internal storage. 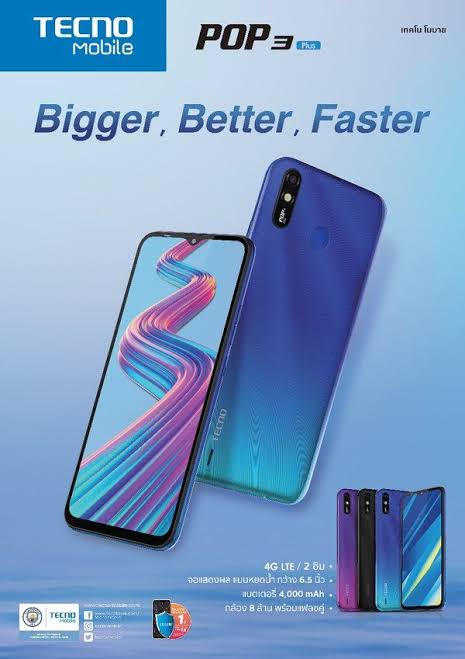 In terms of camera, this device spot a single rear camera which is an 8mp camera with f/2.0 aperture accompanied by a led flash. On the front, it has again the same 8mp selfie shooter with f/2.0 aperture, both the front and back camera records video in 720p at 30fps. What is keeping the light on is a 4,000mAh Li-Po battery which doesn’t support fast charging. The smartphone is currently not in Nigeria but surely, it will soon and it will be priced at N32,000 Naira which translates to $89.