While some Tecno devices like the Phantom, Camon and the Spark series get elaborated launch event, others like the entry-level POP-series does not. The same is the case of this current Tecno POP 5. Even though the device has been selling in the country for a little while now, the phone have not gain much recognition even from it own marker.

Anyways, this review should expose you to all you need to know about the Tecno POP 5, which is the latest in the series. But before we jump on that, let run through the key specifications of the device. 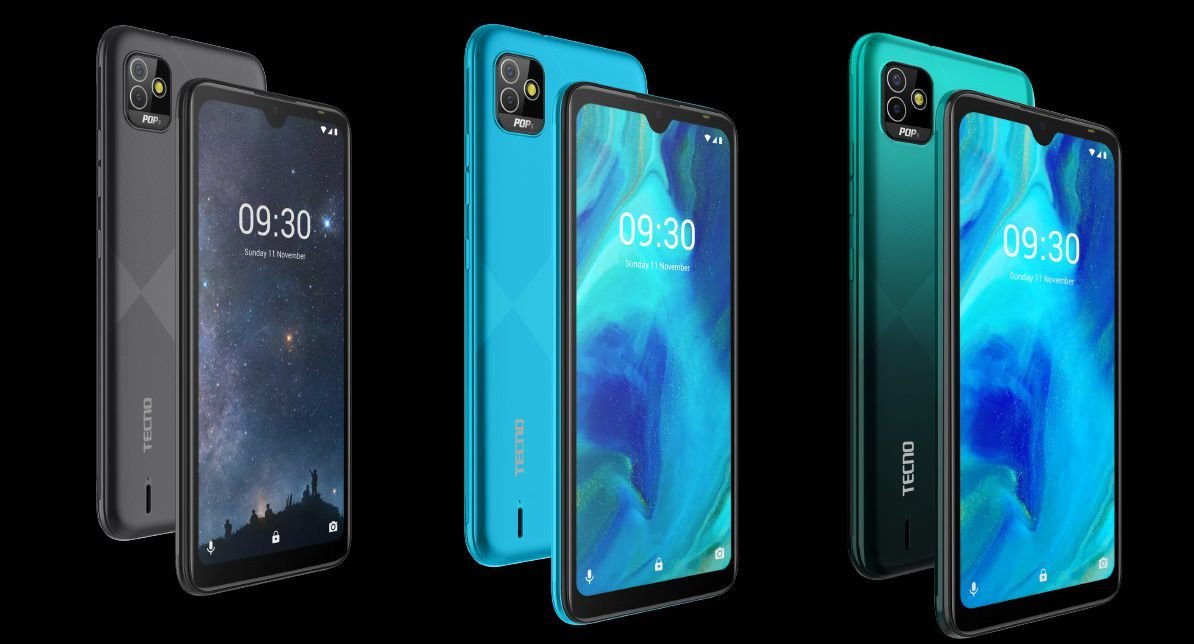 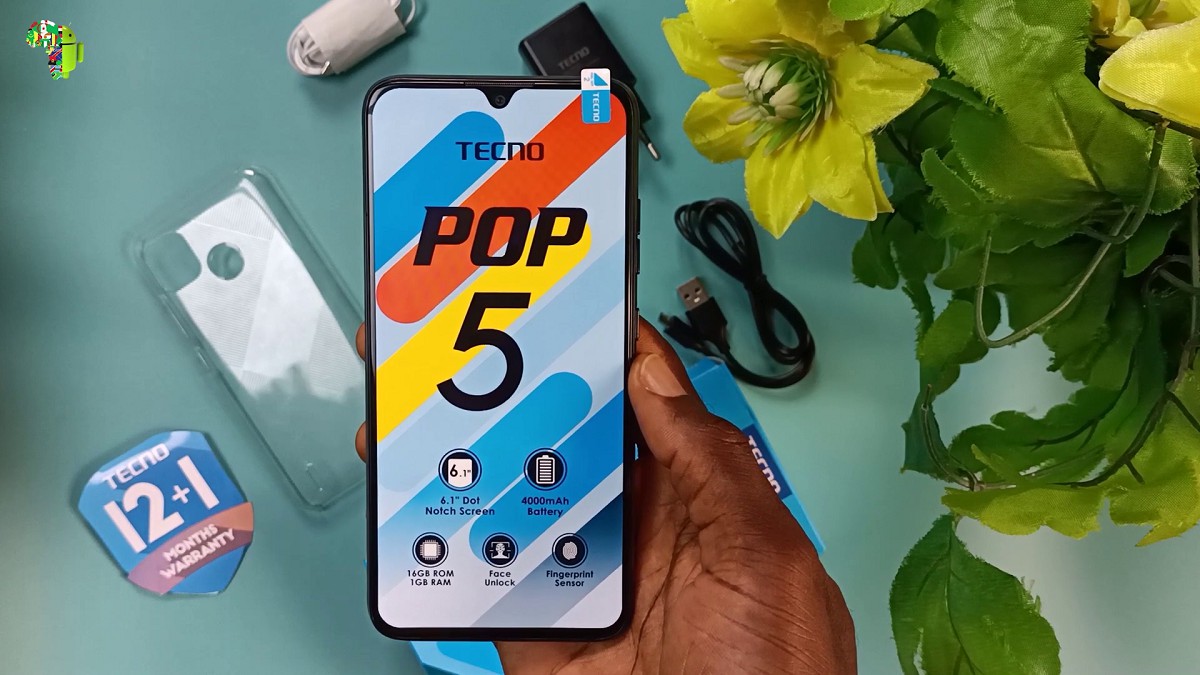 The Pop 5 is available in Cosmic Glow, Ice Blue and the Obsidian Black which is the color we received, and when we pull the box open, these are what we saw on the inside;

Tecno is gradually pulling user manuals from her entry-level smartphone, but it is a nice thing seeing charging brick in the box.

The Pop 5 is designed a little different from the POP 4 of last year. The new model now have a dew drop notch which was absent on the POP 4. The screen have also grown slightly to 6.1-inches, and the bezels on all four corners looks smaller now than before. 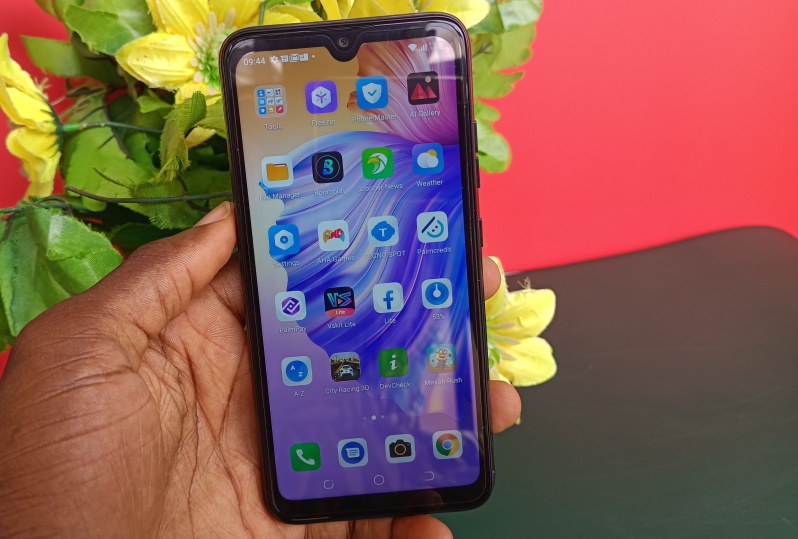 Although the rear fingerprint scanner is still present, but the main camera sensor now have an assistance, coming from an AI depth sensor. Also, on the Pop 4, the loud speak was integrated together with the earpiece, but Tecno moved the loud speaker on the POP 5 to the back of the phone.

Aside these, other aesthetics of the phone is similar to the previous model; You get the usual 3.5mm audio jack overhead, macro USB 2.0 and microphone in the basement and power button and volume controls on the right.

Like the Pop 4, there is no opening for your SIMs on the left hand side, so to insert your dual SIM and SD card, you’ll need to lift the phone’s back panel, which reveals an individually spaced micro SIM slot and a dedicated SD card slot. As you can also see, the 4000mAh battery is also here, but it is non-removable.

As for the built quality, well, the phone is plastic, and not just that, it is a little heavy too, weighing around 194 grams. But the built still feels solid in the hand, the plastic glossy rear has an extra coating layer that reduces finger magnet.

But let face the truth, this is a 33,000 Naira phone, (may be 21k if not for the weaker currency value), and to arrive at this price Tecno have to cut back on some things, and not just on the built quality alone. Another glaring area of these cutbacks is the display on the phone. 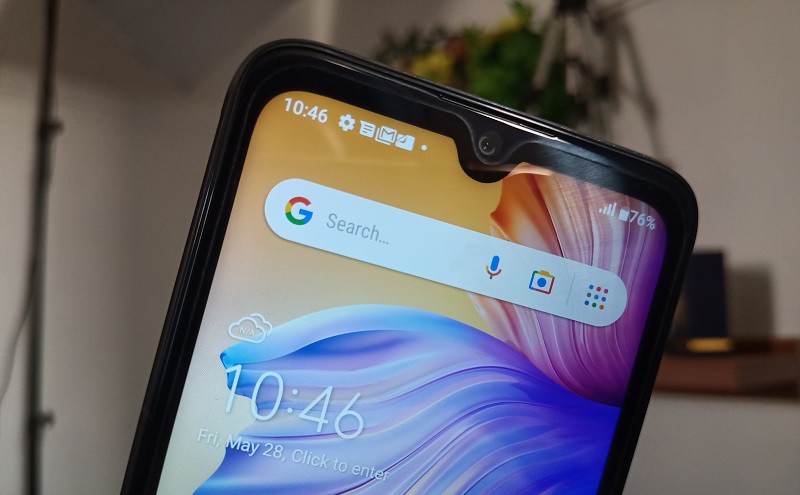 First I love the fact that the Pop 5 has one of the trending notch design on the front. Adding to that, the brightness level is even higher than I expected, and icon and text look sharp. The screen has a fairly standard 720 x 1560 pixel resolution, amounting to around 275 PPI, which is good enough for the human eyes. 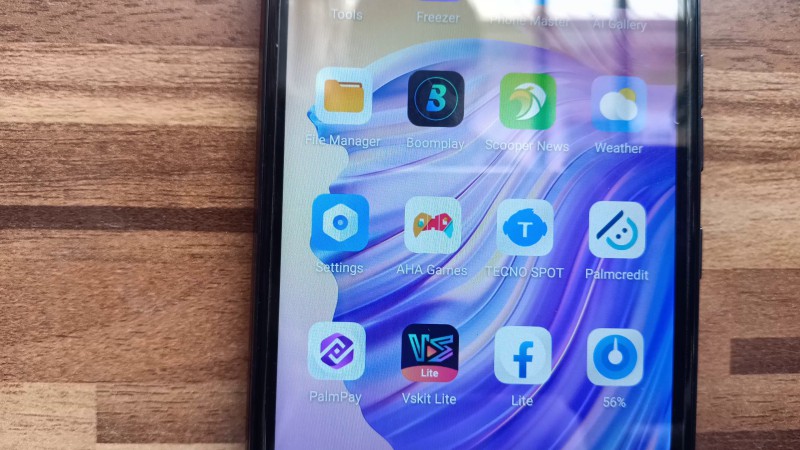 But the TFT display panel has very poor color reproduction, making the screen white-ish and less color vibrant. This is the complication; even though you can pump brightness, the lesser color count can create unnecessary strain on the eyes. 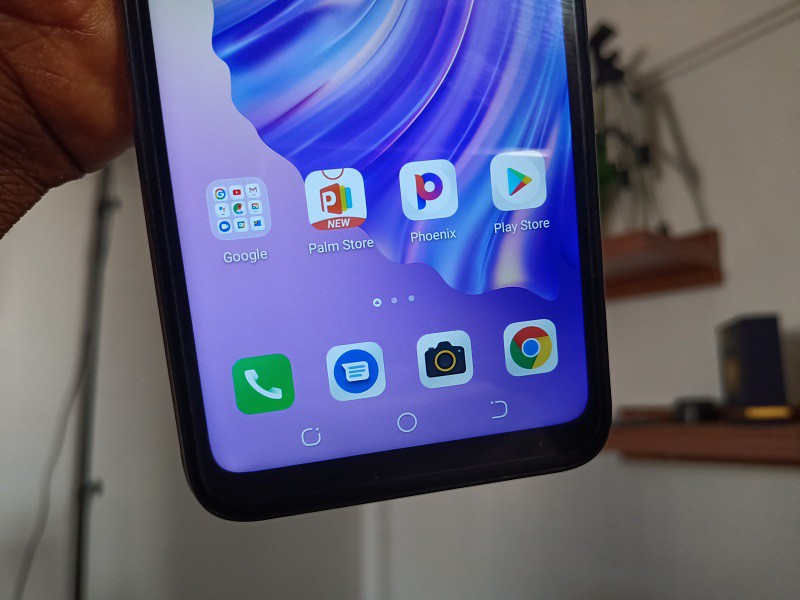 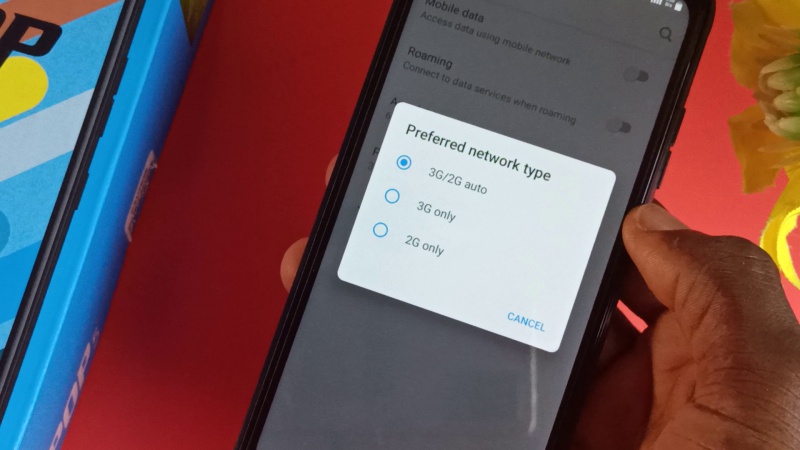 Only 1GB RAM is paired with this CPU and even though the pop 5 won’t win any accolade when opening and switching between apps, the most important thing is, it still get the job done at it pace. Some beginner games like SurbwaySurf run fairly smoothly, while others were a total mess. But if you looking for a gamin phone, you should not be reading this, go check out our Tecno Spark 7P unboxing and review.

An aspect of this device that would have taken my accolade though is the OS. Tecno is using HiOS 6.2 based on Android 10 on the Pop 5. Last year’s model has Android 10, but not HiOS based.

The OS look a lot like HiOS 7.6 which we talked about in our recent Spark 7P review. It is based on Google Android 10 (Go Edition) but more polished with less preloaded apps.

Sadly, ads and useless app and music recommendations are still there. Since it is an entry-level device with weak CPU and RAM, Tecno would have at least, excluded these ads in order to enhance the phone’s performance.

One the camera department, first, camera should be the last reason why anyone would be buying a basic Android phone such as this. But if this is all you have, you can still use it to take photos, but ensure to do all your shooting outdoor, or in good lighting condition. 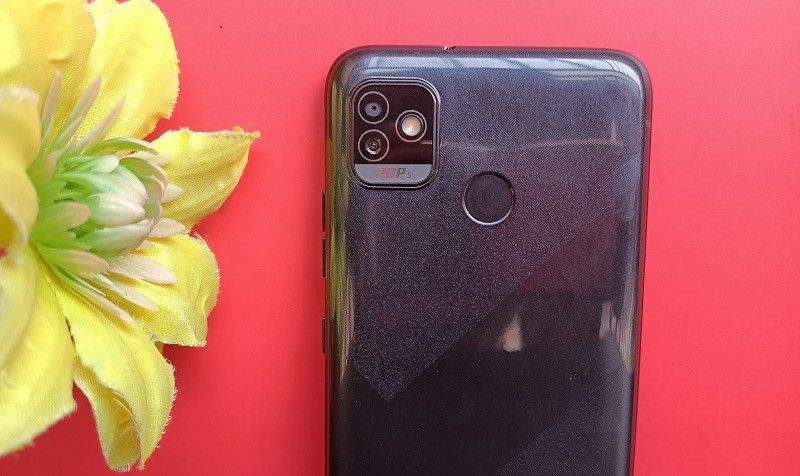 The device has a very basic camera interface. Swiping from left to right brings out the various camera modes such as auto, manual, filter, bokeh etc. To access the camera/video setting, you need to perform yet another swipe, but this time from right to left. Here are some image samples from the pop 5.

On the battery department, the POP 5 is 1000mAh battery lesser than the POP 4 of last year. That means, it has 4000mAh battery.

The key thing to worry about here is not how long the battery last, because it does last, but how fast you can refill the battery juice when it runs down. The reason is, you are getting only 5V/1A charger, which takes some handful of hours to charge up to 100% 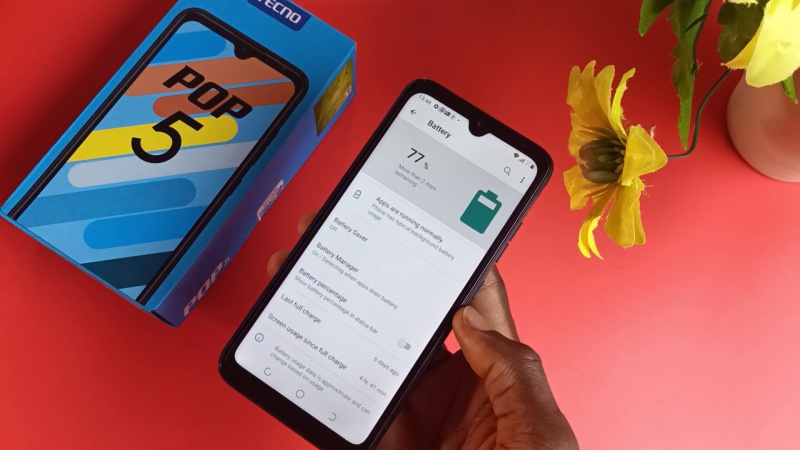 I love the fact that Tecno switched from the earpiece/loud speaker combo on the pop 4 model. Now you have a separate earpiece grill, and a dedicated loud speaker on the rear which is just loud, and nothing more.

So in all, the Tecno Pop 5 is a good entry-level smartphone, and this device will appeal most to these three categories of people;

If you channel your N33,000 in this direction, one major thing you’d miss though is 4G LTE network. One of the trending smartphone that offers this network technology at this price point is Samsung Galaxy A3 Core, but the display is capped at 5.3-inches. We did a full review on a unit of the device, and you brush through the details here.

Advertisements
So in all, the Tecno Pop 5 is a good entry-level smartphone, and this device will appeal to those on a very tight budget and those looking for a dependable backup smartphone battery wise.Tecno Pop 5 unboxing & review; 4G network is still missing