Tecno released her first smart band during the launch of the Camon C9 back in June of 2016. With that early development, we all a full fledged smart watch was coming, except that knowledge was never a reality until today. The rumor we have as at today, points to an upcoming Tecno Smart Watch, the first of it kind from the company. 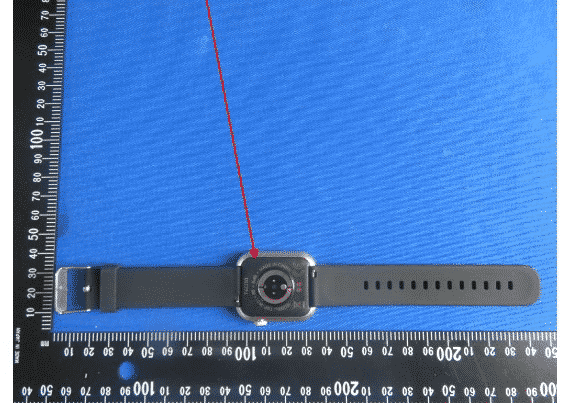 The wrist-held device, code-named TSP-W01, is expected to be the first smartwatch from Tecno Mobile. The image above gives a glimpse of how the device will eventually look.

And if we are to look more closely, you will notice the device has some readers and sensor behind. Probably, this should be heart rate and other fitness tracking sensors.

The upcoming smart watch from Tecno could be hosted in a metal frame, and will obviously sport rubber strips. Aside the exposed rear view of the watch, nothing else is known about the device.

We don’t know the display size of this watch as well, but if we to rely on the millimeter measurement in the first image, the watch occupied almost 44-45mm. Currently, 42mm Apple watch has about 1.7-inches display which means this new Tecno Smartwatch could around same 1.7-inches or more, depending on the inherent bezels.

With Tecno Mobile having a smartwatch in the pipeline, it means Infinix Mobility and iTel should be working on same project, and we’ll love to see how the market respond to this development when it finally arrives in stores.