There is a 4G LTE Version of the Samsung Galaxy S20 Ultra after all!

Samsung announce it Galaxy S20-series few days back. There was the standard Galaxy S20, the S20 Plus and the Galaxy S20 Ultra. Each of them has both 4G and 5G variants except the S20 Ultra which has only 5G variant. But during the launch event, the higher-end S20 Ultra caught the attention of many than the rest of the S20-series. a major reason for this, should be the camera prowess of the the S20 Ultra. 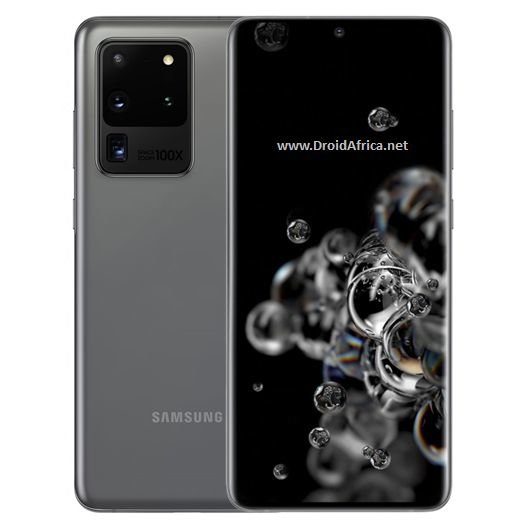 Of course, a 4G phone has both 4G and 3G network, so a 5G phone should equally have both 3G and 4G network modems built in, right? Well, that is true of the Samsung Galaxy S20 Ultra. But what if 5G network is not available in the buyer’s country and the buyer is not willing to shell out the extra bucks on the 5G variant, which S/he may not need?

Samsung has thought this through, and there will be a 4G variant of the Galaxy S20 Ultra, which will be sold majorly in countries with no 5G coverage. Although this revelation was not made known during the launch event, but the screenshot below do confirms the existence of the LTE-only version of the Galaxy S20 Ultra.

We don’t know if the hardware will be identical to the 5G Ultra, but aside the larger 6.9-inch display, the other aspect that add so much fun to the S20 Ultra is the device camera specs, which is what we hope mostly, to get transferred to the 4G LTE variants.

As a quick reminder, the Samsung Galaxy S20 Ultra came with a large 6.9-inch display with 1440 x 3200 pixels resolutions. It has four cameras at the back with the main sensor being a 108-megapixel unit. There is up to 16GB RAM and up to 512GB internal storage. The phone run on Android 10 and powered by both Exynos 990 & Snapdragon 865 CPU.