Qualcomm with her Snapdragon CPU and Mediatek may find themselves in trouble soon, as Samsung LSI business division prepares to ship Exynos CPU to OPPO and as well as Xiaomi.

The reports points to 2021, and even at that, there was no specific word as to which range of Exynos CPU Samsung will be selling to this Chinese OEMs, but Xiaomi and OPPO to source Mobile CPU from Samsung could mean a big blow to Mediatek and Qualcomm. Currently, the five largest mobile phone Chip makers in the world includes Apple, Qualcomm, Mediatek, Huawei and Samsung. The upper premium smartphone wing is actually dominated by Apple and Qualcomm, and when you step down to the mid-range to entry-level market, Mediatek virtually seats at the top, followed by Qualcomm.

One truth that none can deny is the fact that this positions are hugely influenced by both Xiaomi and OPPO, since all phones from this guys runs Mediatek or Qualcomm, and I’m sure you probably sen Canalys Q3 report for the top smartphone vendors. 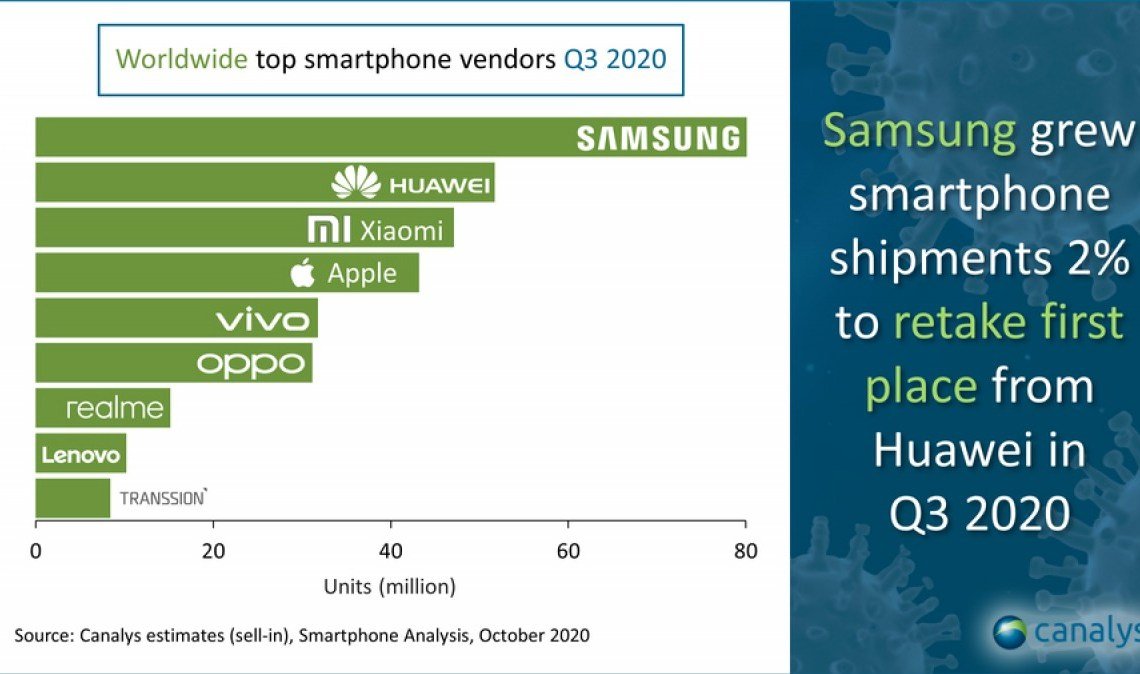 Recall that Meizu has been a patronize of Exynos CPUs for years now, and as at this year, Vivo also released few smartphone with Exynos CPUs.

But this was not any major issue to Qualcomm and Mediatek since Exynos CPUs are still used only in a fraction of vivo phones, but should Xiaomi and OPPO sign up for this trend, it might not be long before the impact becomes visible.