Ulefone have just revealed the Armor 12 smartphone, a 5G-enabled device with Dimensity 700 CPU and a 5180mAh battery. The device somehow look like a tiny downgrade to the previous Armor 11 5G, especially from the CPU wing. Also, the 20-megapixel dedicated IR night lens on the previous model is no longer available on this new comer, meaning four camera sensors are used instead of the five lenses used on the older model. 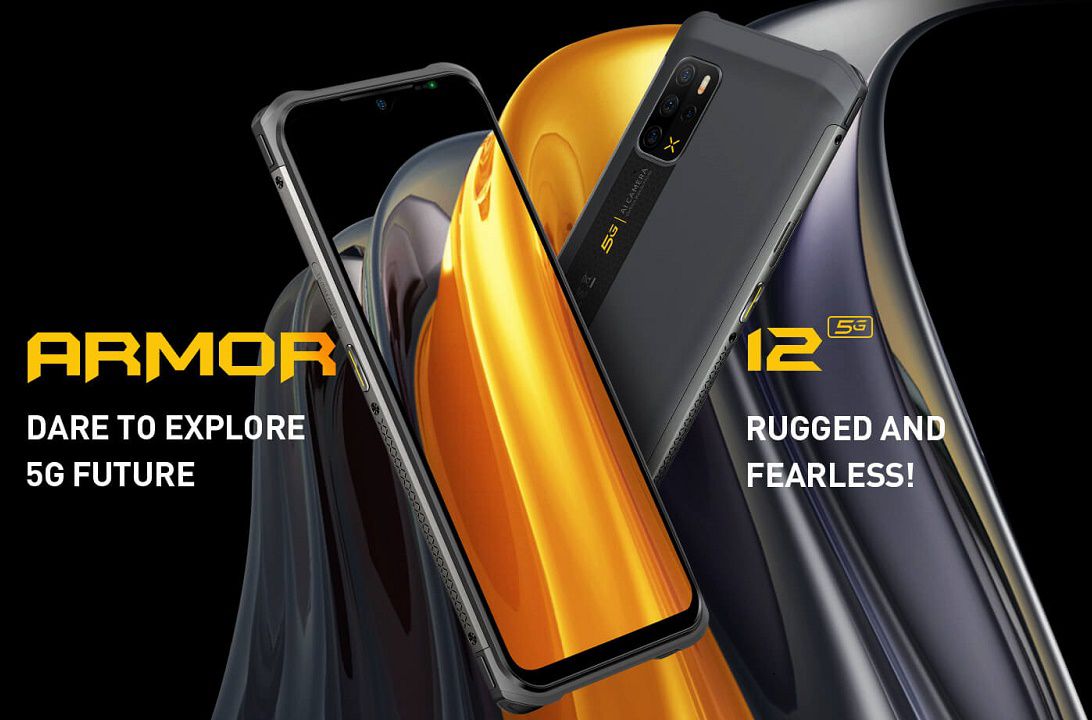 Although, the Armor 12 5G is not a complete downgrade, the phone has it own strength too. One of such is the display; now a 6.52-inches HD+ screen, instead of the 6.1-inches panel used on the previous model.

As for the rest of the internals, Mali-G57 and 8GB RAM are backing the CPU from the inside, and the phone has 128GB built-in storage as well.

There is a usual right-sided power button which doubles as the fingerprint scanner. Being an extreme outdoor smartphone means that IP68/IP69K and MIL-STD-810G certification for water, dust and shock resistance are among the spec checklist.

Additionally, the aforementioned 5180mAh battery supports both wired and wireless fast charging to the tone of 18 and 15 Watt respectively. The device also supports dual Nano-SIMs with dual 5G network support, while Android 11 is available out the box. 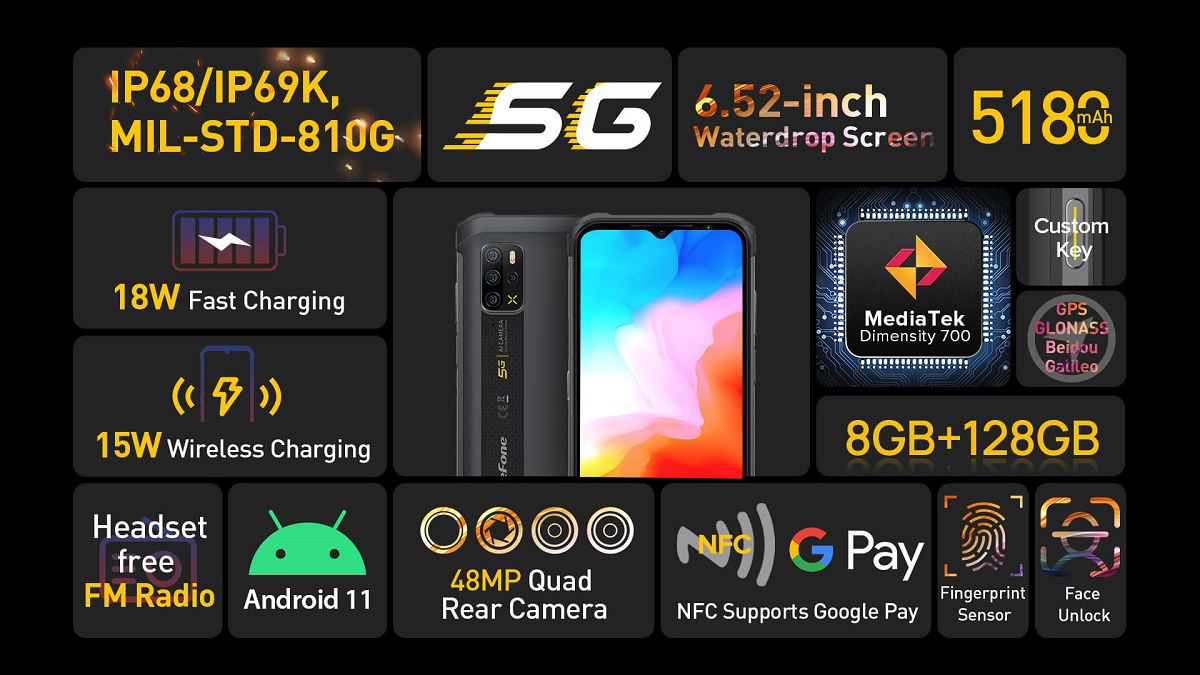 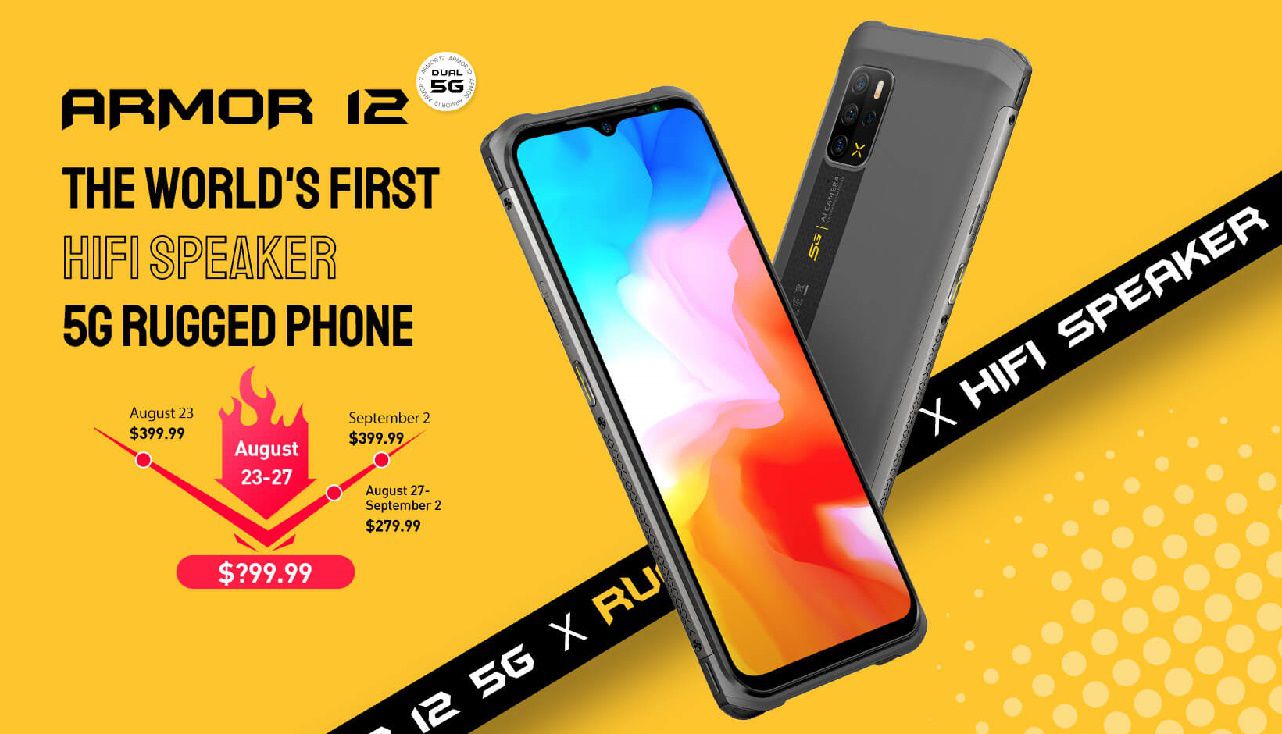 The Armor 12 5G come with a touch of Orange and Black colors and it is currently listed on Aliexpress with a $399 price tag. The first wave of sales will run between August 23rd to August 27th, and the phone could go as low as $199 within those days.