UMiDIGI have just introduced new smartphone in the A-sereis dubbed A7. The device is the smaller variant of the A7 Pro launched back in April of 2020, but it has larger display, spot same battery capacity and almost similar camera setup. Even the RAM and storage of both phones seems same, except the absence of the 128GB ROM on the Pro version. 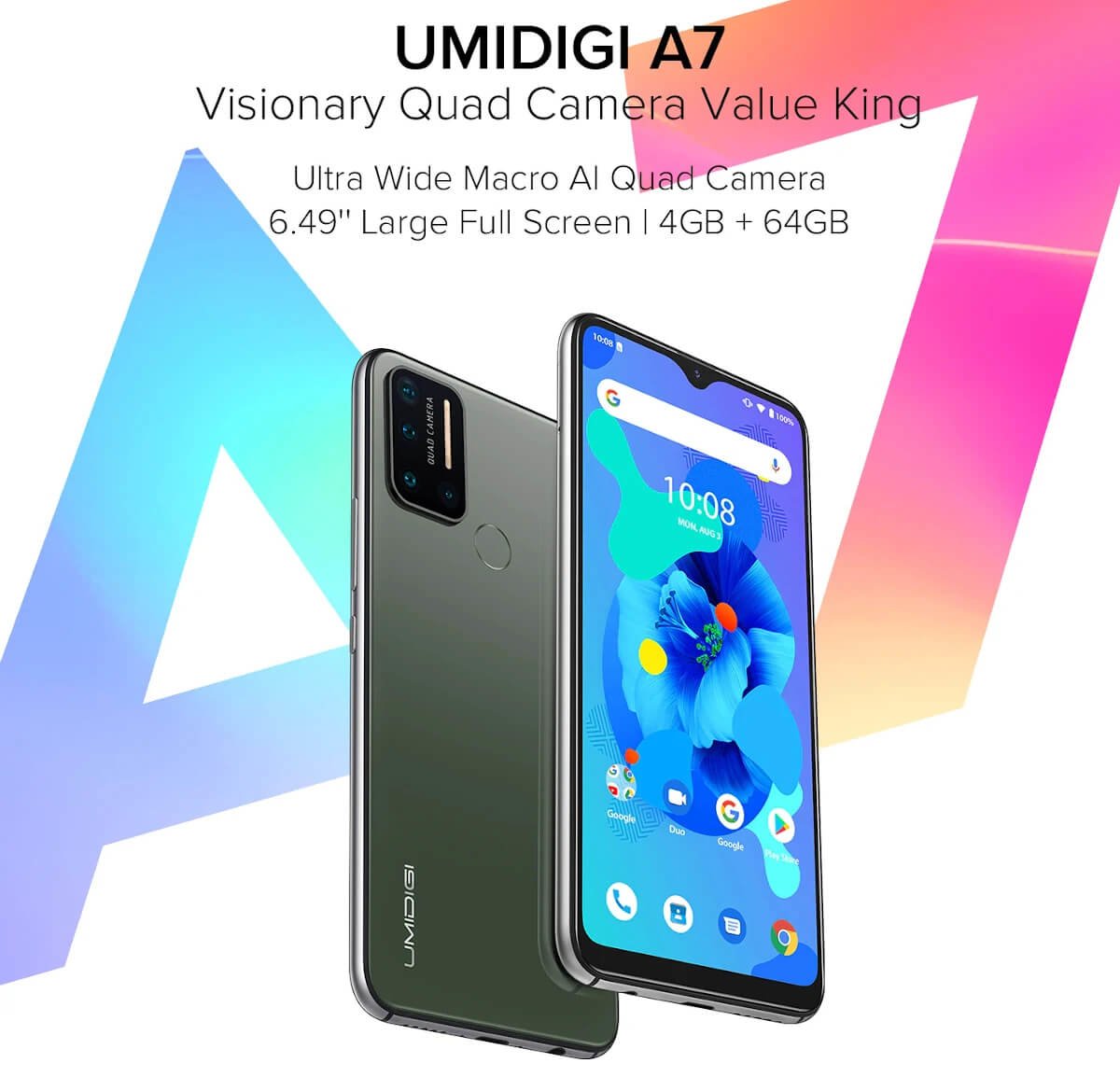 There are two notable changes introduced in the new UMi A7; first the screen grew from 6.3 on the Pro version to 6.49-inches, although no Full-HD+, it just HD+, and secondly, the CPU is now Helio P20, instead of the P23 used in the initial version

On the inside, the UMiDIGI A7 runs on the aforementioned Helio P20 CPU from Mediatek. The CPU has 8-cores clocked at 2.3GHz, along with Mali-T880 MP2. The device boot Android 10 out the box, and provide room for dual Nano-SIMs and a single Micro-SD card.

As for the optics, there are four lenses at the back; of the four, the main snapper is a 16-megapixel lens with F/1.8 aperture, pegged with 8-megapixel superwide angle lens, a third 5-megapixel depth and a fourth 5-megapixel dedicated macro snapper assisted by a dual LED flash.

For selfie, there is a single 16-megapixel hidden in the waterdrop notch upfront. The device run Android 10, support dual SIMs and provide 4150mAh battery with 10W charging out of the box. Some of the key specs of the new UMiDIGI A7 inludes: 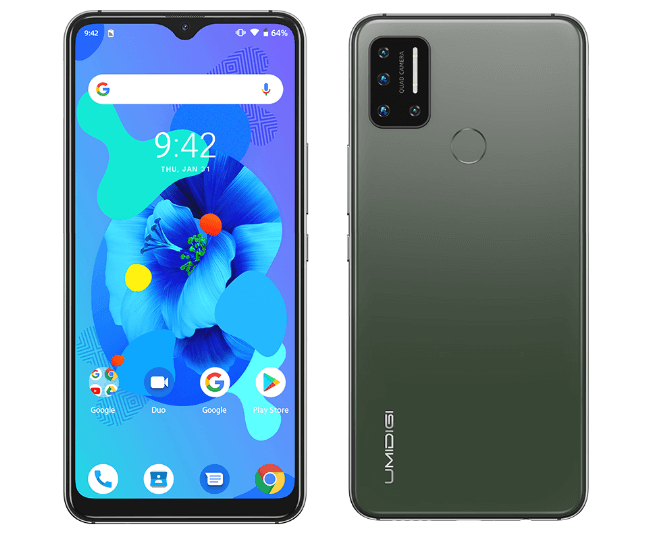 UMiDIGI A7 Key specs and features

UMiDIGI A7 Pricing and availability

UMiDIGI A7 is available in Midnight Green and Space Gray colors. The 4GB RAM with 64GB storage is priced a little above $140, and available for purchase via Aliexpress.com.