UMIDIGI joins the Helio G25 bandwagon with a cheaper A9 smartphone

UMIDIGI have just announced a new smartphone dubbed A9, which is the smaller version of the A9 Pro. While the A9 Pro run on Helio P60 CPU, the new vanilla A9 comes with Mediatek’s Helio G25 CPU, but despite this changes, the new comer still have some bells and whistles to it profiles that could still steal some eyebrows from the higher variant. For example, it has a larger 6.53-inches display, though opting for 720 x 1600 pixels res instead of the Full-HD+ on the Pro variant, but that is just a tip on the iceberg.

Going deeper into the specs reveals that the new comer is fueled by a 5150mAh battery on the inside, supporting 10W charging via USB Type-C interface, which is literally 1000mAh higher than the Pro version.

Now here is the most interesting one; Android 11! Yes, you read that well, the UMIDIGI A9 is the first UMI device to offer Google Android 11 out of the box. It also borrows the contactless temperature thermometer seen on the A9 Pro and the UMIDIGI A7s.

The rest of the specs are rather traditional: Triple camera modules at the back pioneered by a 13-megapixel main lens; a single snapper held in the notch upfront; 3GB RAM and 64GB internal storage; Dual Nano-SIMs with 4G LTE network among other specs check-listed below. 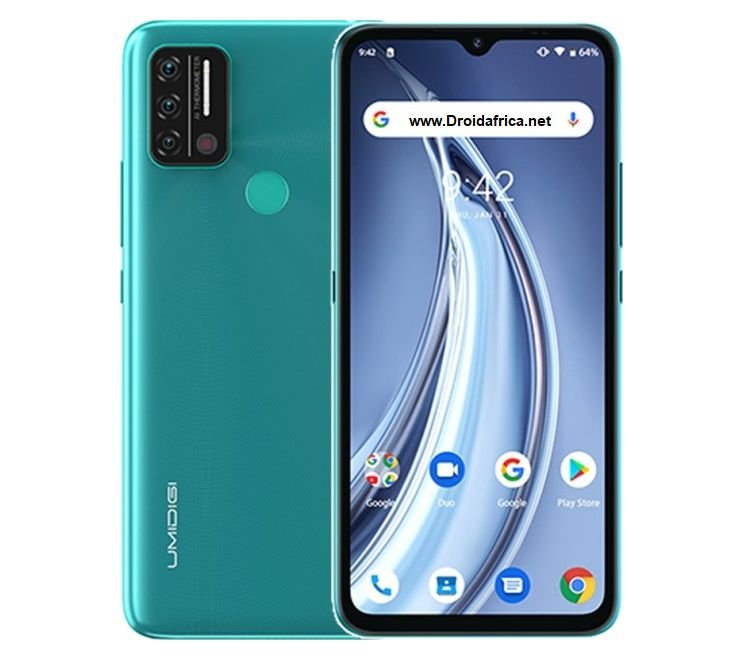 UMIDIGI A9 Key Specifications and Features

UMIDIGI A9 Pricing and Availability

The A9 is available in Granite Grey, Sky Blue and Peacock Green colors. Official price is not announced as at writing, but Aliexpress thinks it will retails around $199 USD. However, a commercial unit might not be available until 2021.