Realme have now confirmed a launch date for the upcoming Narzo 20-series. The trio smartphones which includes the Narzo 20A, Narzo 20 and Narzo 20 Pro will be announced in Indian on the 21st of September, which is exactly 7-days from today. The specifications and features of these phones are yet to be known, but the series share same tagline with the Realme 7-series announced back in August, which could mean that both series might have more in common specs-wise.

We are back for those who desire fierce gaming and epic entertainment.

A new saga unfolds as we introduce #realmeNarzo20series at 12:30 PM, 21st Sep on all our official channels.

#Feel the Power was the popular tagline during the launch of Realme 7-series, which is why we believe the Narzo-series will surely borrow few specification and features from the 7-series. The launch will obviously take place via social media platform at 12:30 Noon (GMT+5:30) India time.

As for the borrowed specs, speculation has it that both Snapdragon 720G and Helio G95 CPU will be used in two of the models, but the CPU powering the third model is yet to be unknown. Furthermore, the entry-level Narzo 20a and the vanilla Narzo 20 are expected to have 3GB RAM + 32GB internal storage and 4GB + 64/128GB storage respectively, and painted in Victory Blue and Glory Sliver on both side. 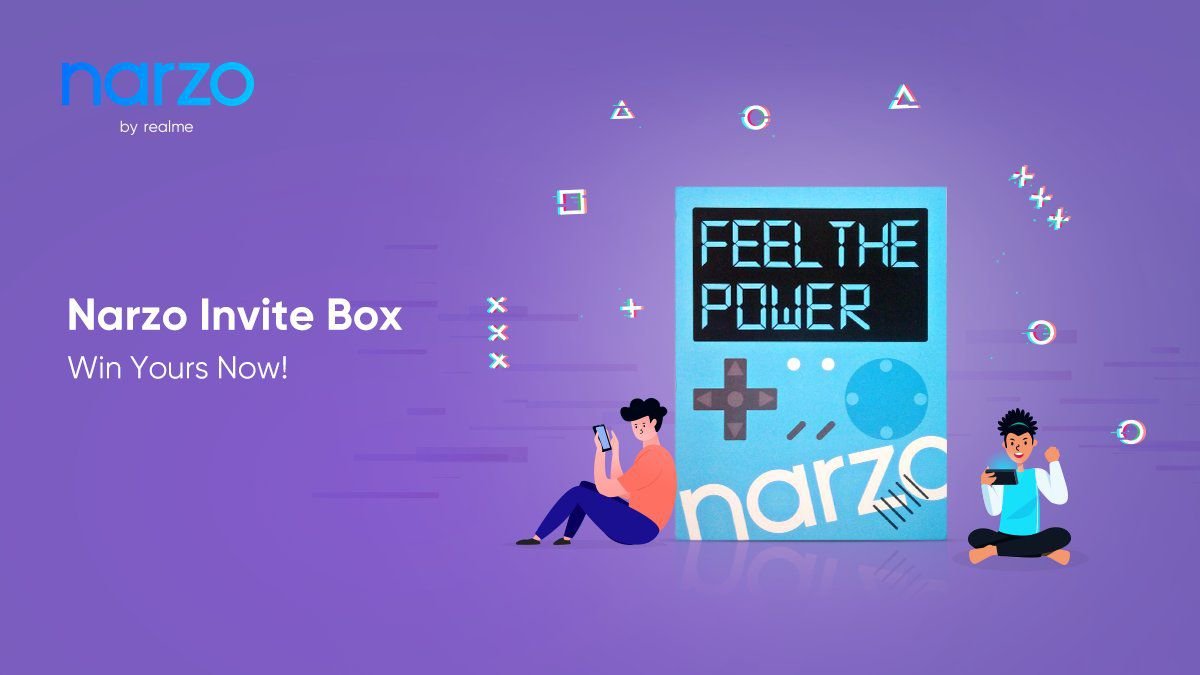 The Narzo 20 Pro on the other hand will have both 6/8GB RAM and 64/128GB storage variants and will be available in Black Ninja and White Knight. Although their prices are not yet known, but it should be priced aggressively considering the fact that the Poco X3 NFC will be debuting in India very soon.