Xiaomi have just released the Redmi 9T smartphone in Nigeria; the direct successor to the vanilla Redmi 9. Although both phone sports same 6.53-inches display with dewdrop screen, but that is where major similarities between these two smartphones stops. In comparison to the older Redmi 9, the 9T comes with a redesigned rear, better CPU and a fairly larger built-in battery.

So instead of the MediaTek Helio G80 CPU in the older version, the 9T come with Qualcomm Snapdragon 662 octa-core CPU clocked at 2.0GHz, along with Adreno 610 GPU. You will be able to chose between 4GB RAM with 64GB ROM, or 4GB RAM and 128GB ROM. 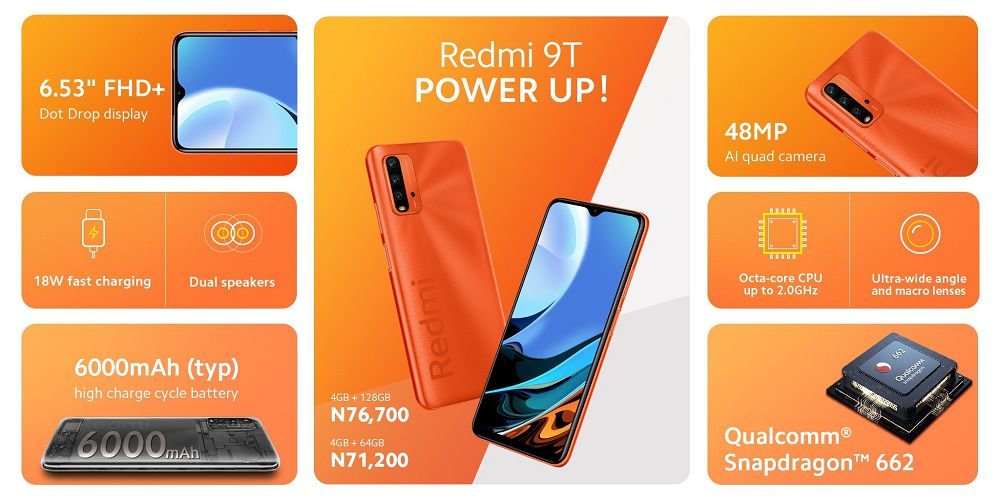 The 6000mAh battery on the inside support 18W fast charging, while a 22.5W charging brick is bundled in the box. The phone comes with three card trail which can house dual Nano-SIMs and a single SD-card. It both 4G and USB-C enabled, and offer dual loud speakers, an aspect that was absent in the standard model.

On the camera wing, the new Redmi 9T comes with four camera modules on the back. This includes a 48-megapixel main lens, 8-megapixel wide angle lens, a 2-megapixel macro and a fourth 2-megapixel depth sensing lens, while selfie duties are handled by a single 8-megapixel snapper hidden in the Notch upfront. 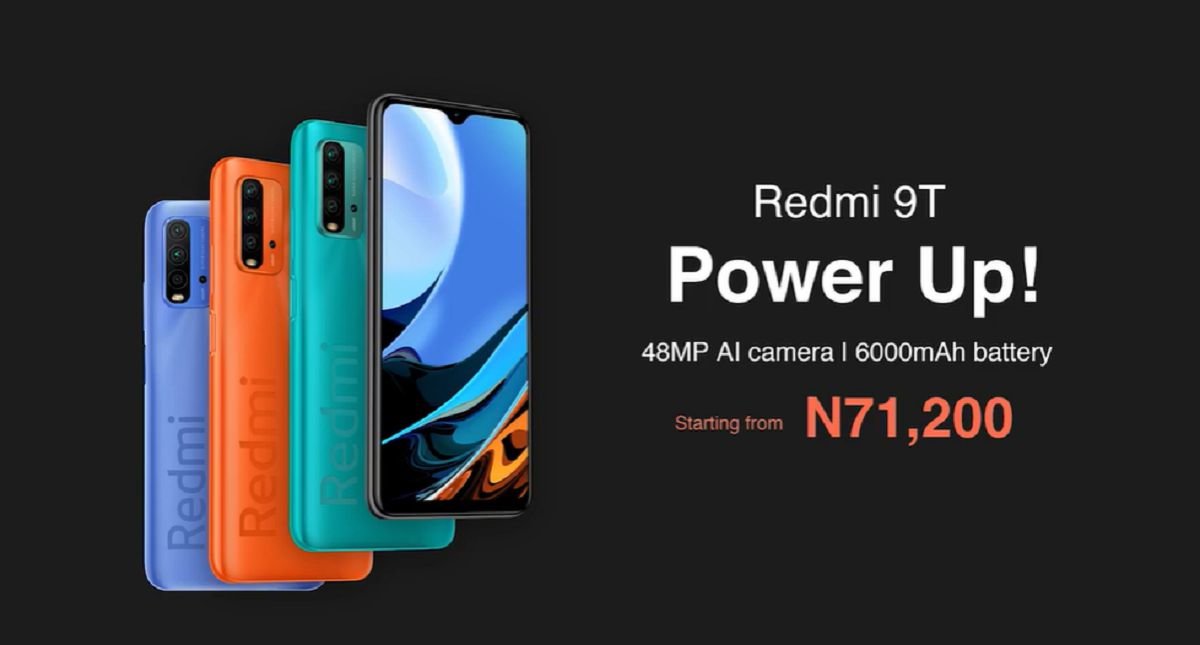 As for pricing and availability, the Redmi 9T comes in Carbon Gray, Twilight Blue, Sunrise Orange and Ocean Green colors. The 4GB RAM with 64GB ROM cost 71,200 while the 4GB RAM with 128GB ROM is pegged at 76,700. Both storage variants will be available nationwide from tomorrow.

Previous article
Here is the Samsung Galaxy A02, the smaller version of the A02s
Next article
Redmi K40 Pro could sport 6.81″ with 3200 x 1440 pixels display