We have peaked a new ZTE smartphone on the TENAA website. This new Nubia Red Magic smartphone has a model name NX666J.

It appeared on the TENAA website with the proposed specifications that include a Snapdragon 888 chipset. It also has five cameras with at least one 64MP shooter. 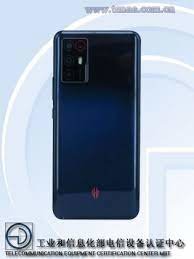 Stephen Ekpahttps://www.droidafrica.net
Stephen is the Editor-in-Chief @DroidAfrica. His work on DroidAfrica is born out of pure passion for tech, especially as it relates to smartphones. When Steve is not writing tech, then he is reading tech.
Share
Facebook
Twitter
Pinterest
WhatsApp
Previous article
iPhone 13 mini prototype now has the two cameras laid out diagonally
Next article
New Realme emerge on TENAA with 65W fast charging