Xiaomi is currently working to release the China version of the Redmi Note 9-series, expected to come in a vanilla version and a Pro version. The Note 9 Pro version has been partially confirmed to come in same design as the Xiaomi Mi 10 Lite 5G launched earlier. This means we not need Guinness Ultimate Search to know the brain power of these upcoming device. 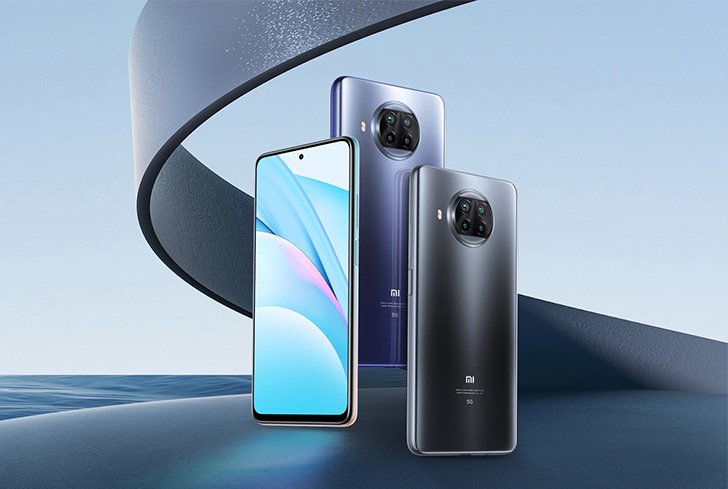 And to make it even more easier, GeekBench database has reveal the testing details of an upcoming Xiaomi and Redmi device which scored 645 and 1963 in both single and multi core test respectively. The online notorious testing database linked the device with a Redmi Smartphone modeled M2007J17C, and has some specs in conformity to a Redmi device listed on Chinese TENAA. 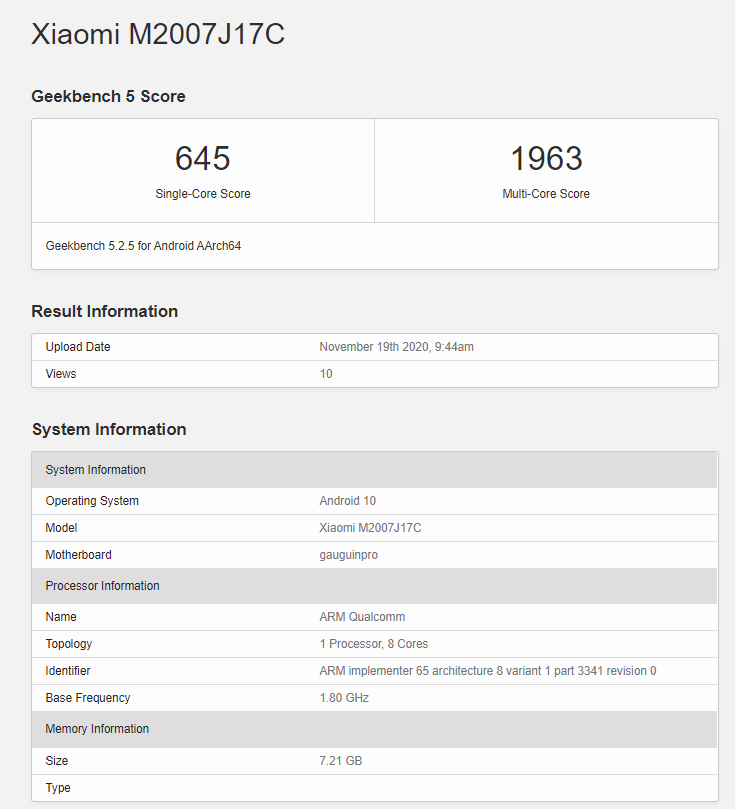 The test model has 8GB RAM, and based on the configuration, the CPU may be nothing other than the latest Qualcomm Snapdragon 750, 5G 8nm CPU, same Chipset used in the aforementioned Mi 10T Lite. In fact, some folks have even claimed that the upcoming Redmi 9 Pro 5G will be a blatant rebrand of the Mi 10T Lite 5G, except that 108-megapixel main camera is expected on the Note 9 Pro 5G, instead of the 64-megapixel snapper used on the 10T lite version.

The upcoming Note 9 Pro 5G from Redmi is also expected to have 12GB RAM variant, which will be accompanied by a larger 256GB of built-in storage. Display should be same 6.67-inches screen with a centralized Tiny-Dot notch placement.

A smaller 6.53-inches Redmi Note 9 5G is also expected, and might make it to the international market as well, but this time, offering a MediaTek Dimensity 800U SoC, along with upto 8GB RAM and a top of the range 6000mAh built-in battery with up to 22.5W fast charging support.