Xiaomi has started working on how to dish out the latest Android operating system to the Redmi Note 7 users. The company earlier this year announced the Android 10 roadmap for their Redmi Note series which is based on the MIUI 11. As per the schedule data, the Xiaomi Redmi Note 7 was seen as the first smartphone to get the update before others. Xiaomi recently said that they will start working on it in the first quarter of 2020. 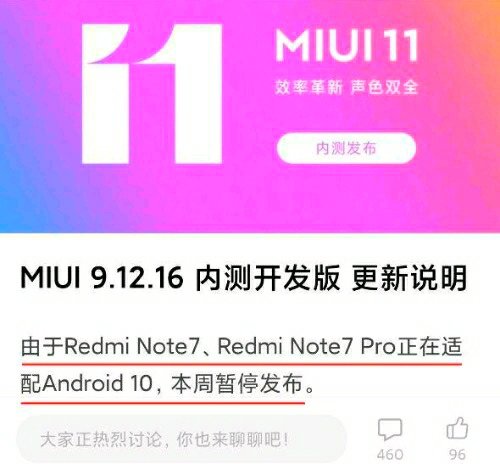 The early build stays in this phase for two to three weeks for various bug fixing and performance tweaking before being launched in open beta. From here, it can take anywhere up to eight weeks before the official stable build can be ready for a global launch. The Redmi Note 7 was released on January this year and it went so viral that some people even gave it a nickname – “Flagship Killer”.

It comes with a lot of interesting specificications on paper and one of the features that caught people attention was the Gorilla Glass 5 protection front and back that it has. Content Creators even went ahead on YouTube to test the durability and the Redmi Note 7 survived all the tests. The smartphone comes with a 6.3inches Full HD+ display which is a 1080 by 2340 pixels. It runs on the powerful Snapdragon 660 chipset which has an octa core processor clocked at 2.2GHz. 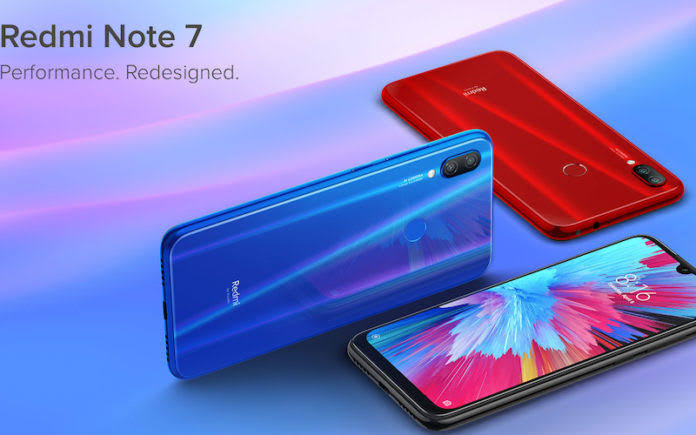 The Xiaomi Redmi Note 7 boasts of a dual rear cameras which are the 48MP main camera with f/1.8 aperture and a 2MP depth sensing camera with f/2.4 aperture. For selfies there is a 13MP camera and what is keeping the light on is a 4000mAh battery which supports 18W fast charging. The Note 7 being a year older than the recent released Note 8 and Note 8 Pro, it might get the Android 10 version before them.