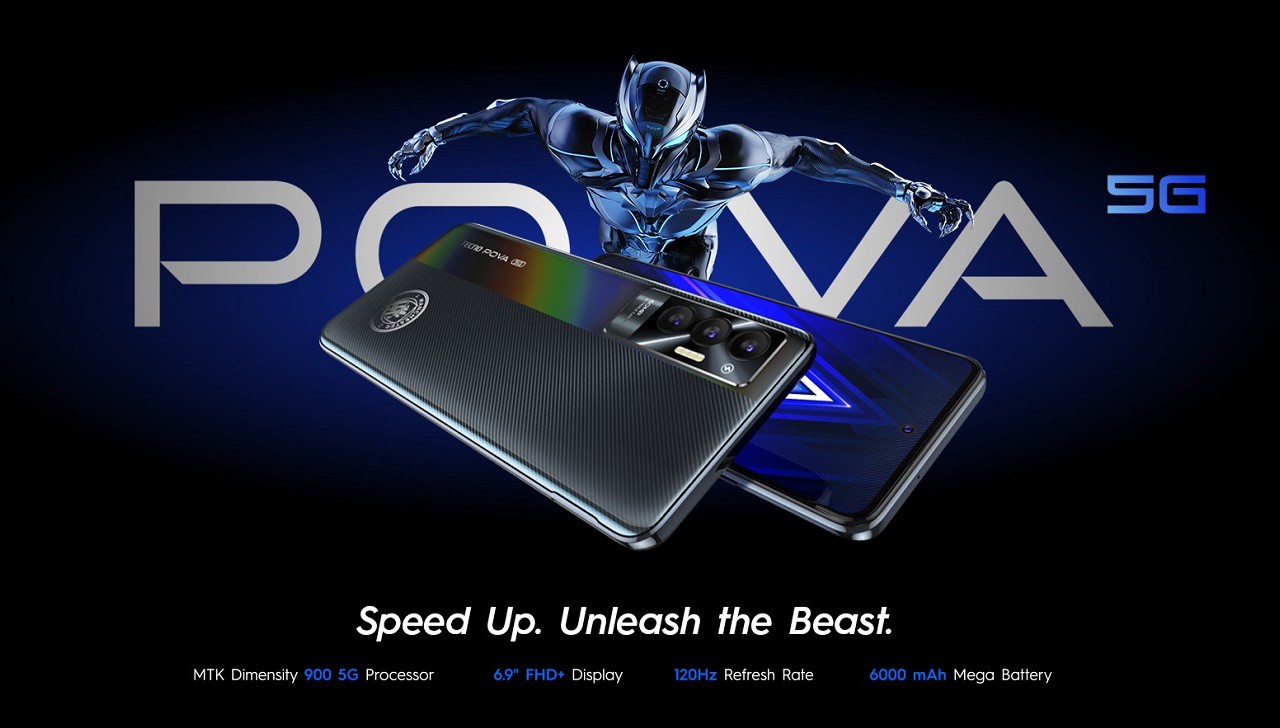 We played few games on the Pova 2, but gaming experience on this 5G model should even be better since it has better CPU. Not just that, the device come with expandable RAM option. So if the default 8GB RAM is not enough, you can borrow 3GB extra from the built-in storage.

Also, for better and faster performance, the RAM on the POVA 5G is LPDDR5 and the internal storage is UFS3.1, a combination that should boost gaming performance of the phone. 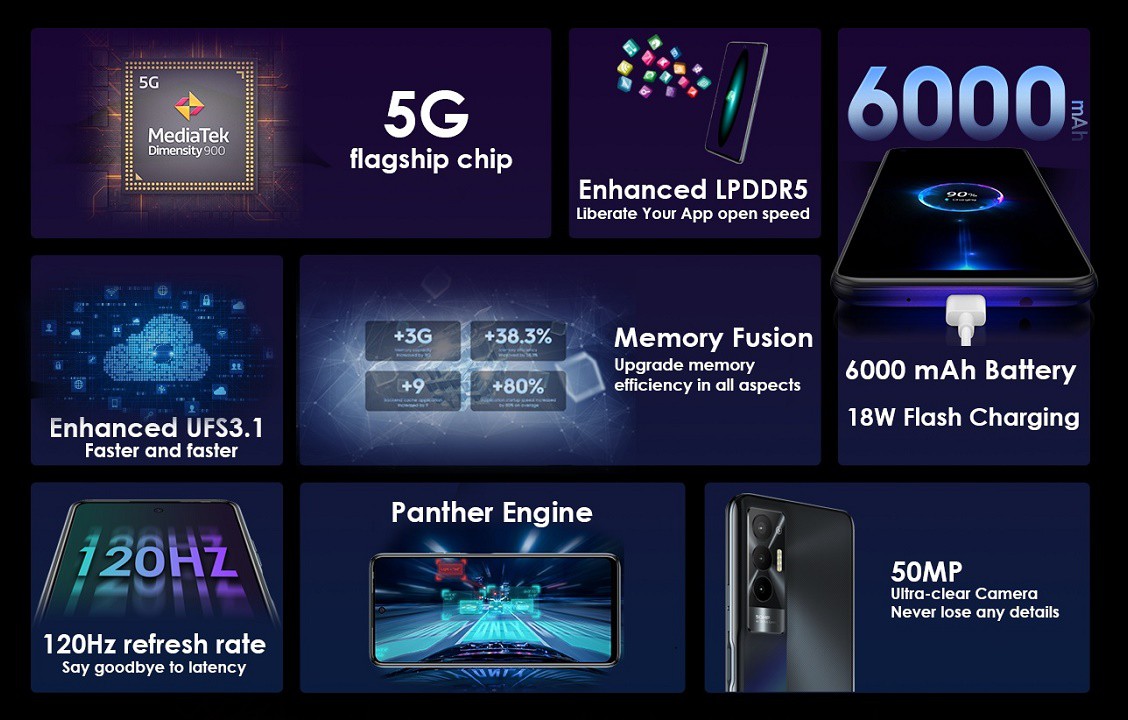 Every smartphone gamers knows that the bigger the screen the better. For this reason, Tecno mounted a massive 6.9-inches ultra-clear display on the Pova 5G. This panel is IPS, and it has a dot-notch within the screen. The screen also has 120Hz and 180Hz refresh and sampling rate respectively.

Coming to the camera department, there are three rear camera system on the POVA 5G. Of these three, the main shooter is a 50-megapixel lens, assisted by two other auxiliary lenses and four LED lights, while the selfie cam is a 16-megapixel lens with an LED flash on the front.

What is keeping the phone alive is a 6000mAh battery with 18W fast charging via USB-C. It is built into a 172.82 x 78.24 x 9.07 mm body, and it has a side-mounted fingerprint scanner, which doubles as the power button. The device has dual SIM space and boot Google Android 11 with HiOS 8.0 out of the box. 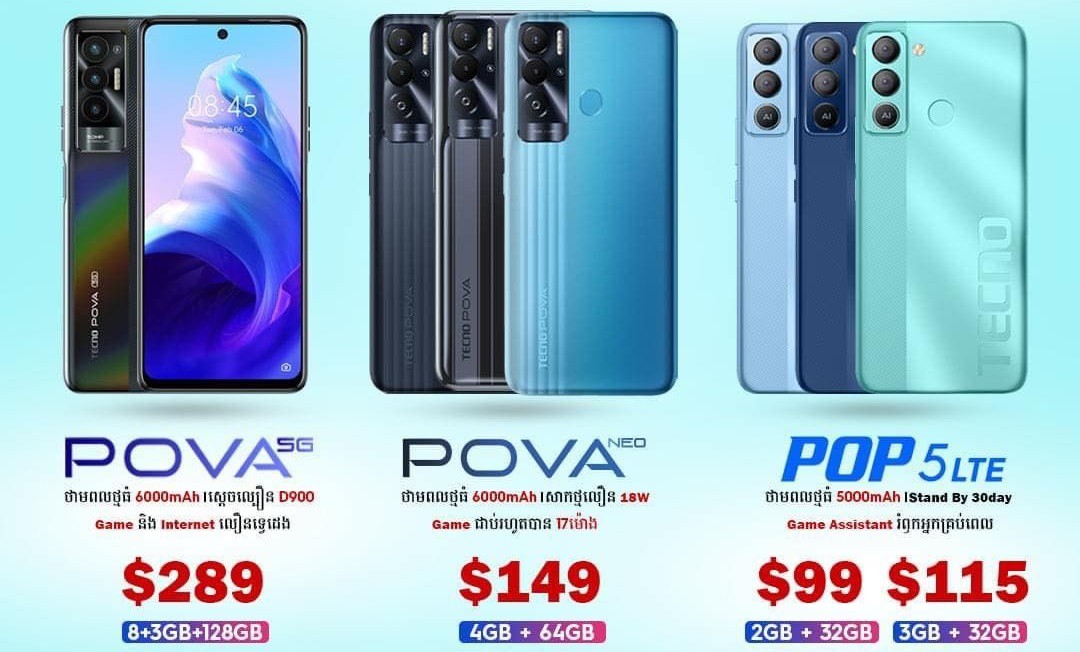 As for pricing and availability, so far, the POVA 5G has been listed in one color – Aether Black. The model is currently available in Southern Asian countries, Cambodia to be precise, and the recommended retail price is $289 US Dollars. Along with the POVA 5G, Tecno also introduced the POVA Neo and POP 5 LTE in the region, and these are priced from 99, all the way to 149 US Dollars.

Stephen Ekpahttps://www.droidafrica.net
Stephen is the Editor-in-Chief @DroidAfrica. His work on DroidAfrica is born out of pure passion for tech, especially as it relates to smartphones. When Steve is not writing tech, then he is reading tech.
Share
Facebook
Twitter
Pinterest
WhatsApp
Previous article
Zeeker T100 goes official with Helio G80 CPU and Infrared rangefinder
Next article
Upcoming iPhone SE 3 might be 11 inspired; Apple’s A15 Bionic expected