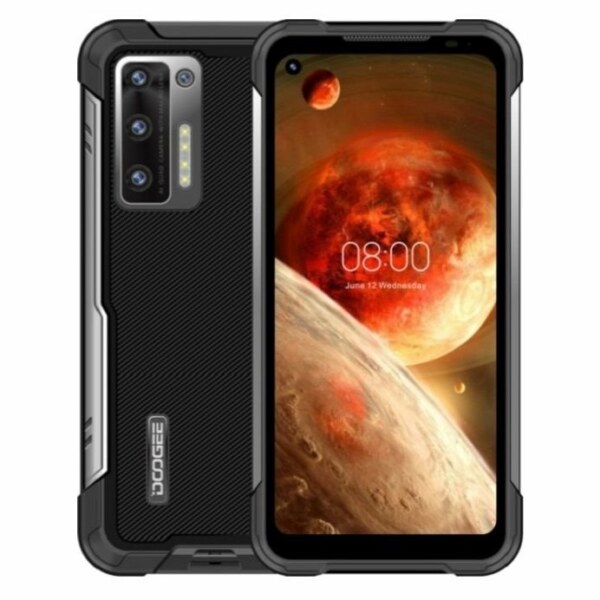 S97 Pro is Doogee newest rugged smartphone launched in April of 2021. The model comes in a 6.39-inches display with 720 x 1560 pixels resolution. This panel is IPS, and it has a notable dot-notch overhead the screen. There is also a notable bezels on all side of the phone, probably to aid the phones toughness. Under the hood, the S97 Pro is powered by an octa-core Mediatek Helio G95 CPU clocked at 2.1GHz, along with Mali-G76 MC4 GPU, enormous 8GB of RAM and 128GB internal storage, which can be further pushed to 512GB via external SD-card.

On the camera department, four modules are used on the back; a 48-megapixel main lens with PDAF and F/1.8 aperture, pegged with a 8-megapixel super wide angle lens of up to 130° FoV, and two other 2MP lenses, being a depth and macro snappers respectively. There is also a quad LED flash at the back, while a single 16-megapixel is used in the notch upfront.

The device come with laser rangefinder, and it is MIL-STD-810 compliant. Moreover, there is a side-mounted fingerprint scanner, and support for hybrid dual Nano-SIM, with global 4G LTE network. There is a larger 8500mAh battery with 33W fast charger, while Google Android 11 run out of the box. The full specifications and features of Doogee S97 Pro are contained in the table below.