Tecno Spark 8 is the latest iteration in the Spark-series, coming in as the direct successor to the Spark 7, which was launched in April of 2021. There is no much of a difference between the Spark 8 and the Spark 7, except for a redesigned rear and the reduced battery capacity. The device sports a 6.52-inches dewdrop notch display with 720 x 1600 pixels resolution.

On the inside, the Spark 8 is powered by MediaTek MT6762V/WD, which is a downgraded version of Helio P22. The CPU has same clock speed as the Helio A25 used on the Spark 7, which includes 4×1.8GHz and 4×1.5GHz Cortex-A53 CPU. The model has 2GB RAM and 64GB of internal storage, which is expandable up 128GB via SD card.

On the camera department, the Spark 8 has a single 8-megapixel selfie lens on the front with dual LED flash. While a set of two lenses are used on the rear, of which the primary snapper is a 16-megapixel lens pegged with a secondary AI depth sensor and four LED lights.

It also come with a rear placed fingerprint scanner which is housed within the camera module. You are getting Google Android 11 with HiOS 7.6, while a 5000mAh battery with 5V/2A charger is available out of the box. The table below contains the full specifications of Tecno Spark 8. 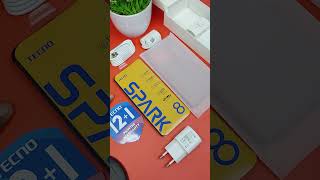 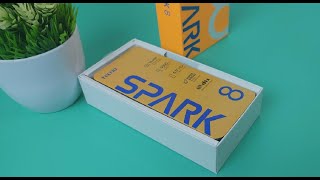