Samsung have officially introduced the Galaxy F02s and the F12 in India just as promised. Both phones come with a minimum of 6.5-inches Infinity-V display, and offers specs and features similar to the M02s and M12 combo. The F02s retains a 5000mAh battery, while a larger 6000mAh battery is used on the F12. 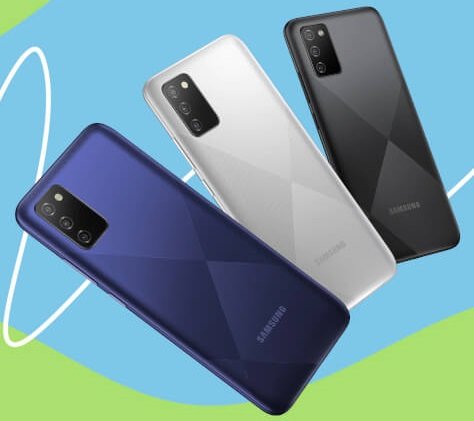 As far as specs goes the Galaxy F02s packs a 6.5-inch HD+ Infinity-V display, is powered by an Octa-Core Snapdragon 450 Mobile Platform with up to 4GB of RAM, comes with a 13-megapixel rear camera along with a 2-megapixel depth and a 2-megapixel macro sensor and a 5-megapixel camera on the front. The phone packs a 5000mAh battery with support for 15W fast charging

The Galaxy F12 on the other hand has 6.5-inch HD+ Infinity-V display with upto 90Hz refresh rate, is powered by a 2GHz Octa-Core Exynos 850 processor with 4GB of RAM, runs Android 11 with OneUI 3.1, comes with 48-megapixel rear camera along with an 5-megapixel ultra-wide, 2-megapixel depth, 2-megapixel macro sensor and an 8-megapixel front camera.

The Galaxy F02s comes in Diamond Blue, Diamond White and Diamond Black colors, while the F12 is available in in Sea Green, Sky Blue and Celestial Black colors and priced as follows;

The Galaxy F02s will be available in India via Flipkart and other online and offline stores starting April 9th, while the F12 will be delayed by 3 full days, and will start selling in India from April 12.