The Huawei P40 Lite was announced recently as the successor of Huawei P30 Lite announced back in 2019. But, has anything really changed? What is really new in the all new Huawei P40 Lite, and how is it different from the older P30 Lite.

Actually, there about two variants of the P30 Lite. The older version launched in March 2019, and a new version which was announced in January of 2020, both duped as Huawe P30 Lite. But what were their difference? The newer version pack 48-megapixel sensor with same triple camera setup at the back, and an increased 32-megapixel upfront, as against the 24-megapixel used in the older P30 Lite.

Taking the above out of the way, what then is the difference between the P30 Lite and the newer P40 Lite. We’ll just start from the table below. 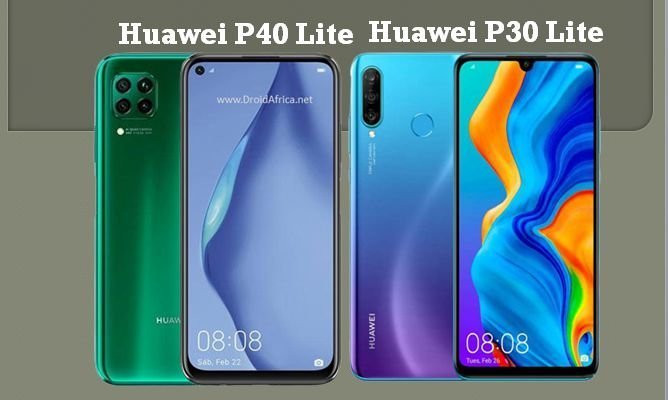 As seen in the table, the newer Huawei P40 Lite stand taller than the P30 Lite of last year on all grounds. It has better camera setups with an additional 2-megapixel dedicated for depth sensing, powered by a better HiSilicon Kirin CPU, has a larger 4200mAh battery with faster 40W fast charging and run on the latest Android 10 out of the box. Although, the older guy still remains more compact than the P40 Lite, so if ‘compactibility’ is your focus, you might wanna hang on to the P30 Lite. Aside that, the new comer seem a worthy successor to it predecessor.