Infinix mobile has just announced the Hot 11-series in India. The models includes the vanilla Hot 11, and the Hot 11s and both are given 8-core CPUs; Helio G70 on the vanilla model, and Helio G88 on the 11s model.

Aside the CPU differences, there are still notable key differences in other areas, starting from the display, which is 6.6-inches on the Hot 11, and 6.78 on the 11s. Although both screen are fitted with 1080p panel, but the standard model has a dewdrop notch, while the ‘S’ model is given a centralized dot-notch on the front. 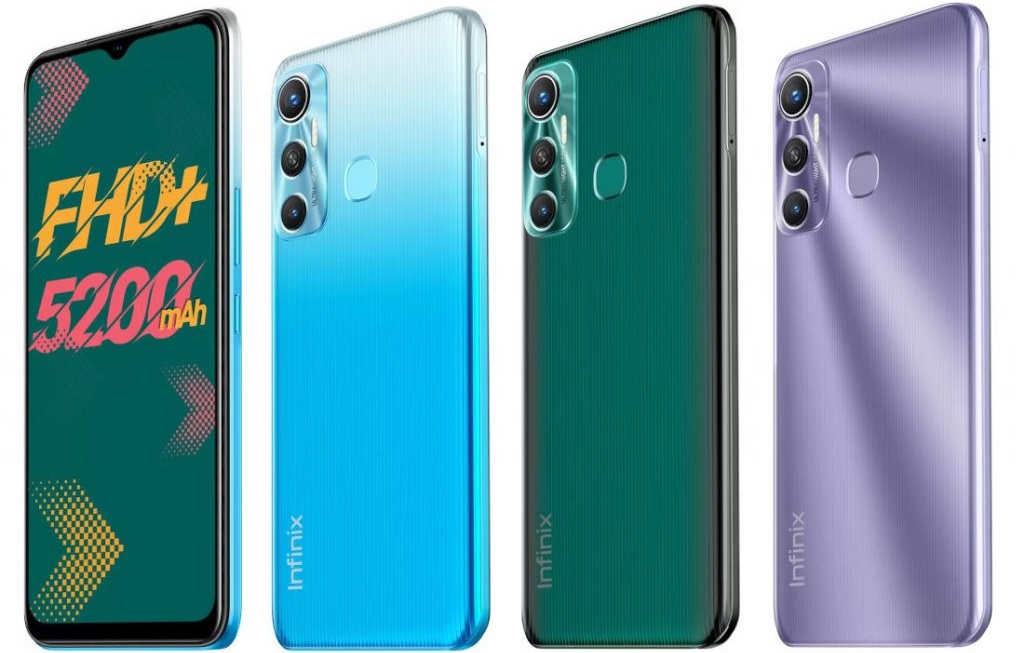 It is noteworthy that the Hot 11-series, especially the S model, is the most powerful Hot device from Infinix so far. Aside having better design and powered by better CPU options, the model also rock incredible camera set on the back, touching a whooping 50-megapixel main lens. Speaking on the launch, Anish Kapoor, CEO of Infinix India said:

Our aim is to bring great smartphone experiences to as many fans as possible, at accessible price points. The HOT Series has played a key role in helping us achieve this, empowering users to upgrade to a powerful & affordable smartphone experience. It has been very well-received by the consumers because every time we introduce new devices, we optimize them by introducing FIST (First in Segment Technology) features that are not been offered by any other brand.

Continuing Infinix’s philosophy of making innovations accessible to all, we are delighted to launch the Infinix HOT 11 Series- HOT 11S & HOT 11 in India. Keeping true to our goal, the HOT 11S will be taking the HOT Series to the next level by offering its fans the best in class technology with the powerful Helio G88 processor, thereby making it a perfect package for gaming, content creation and more. 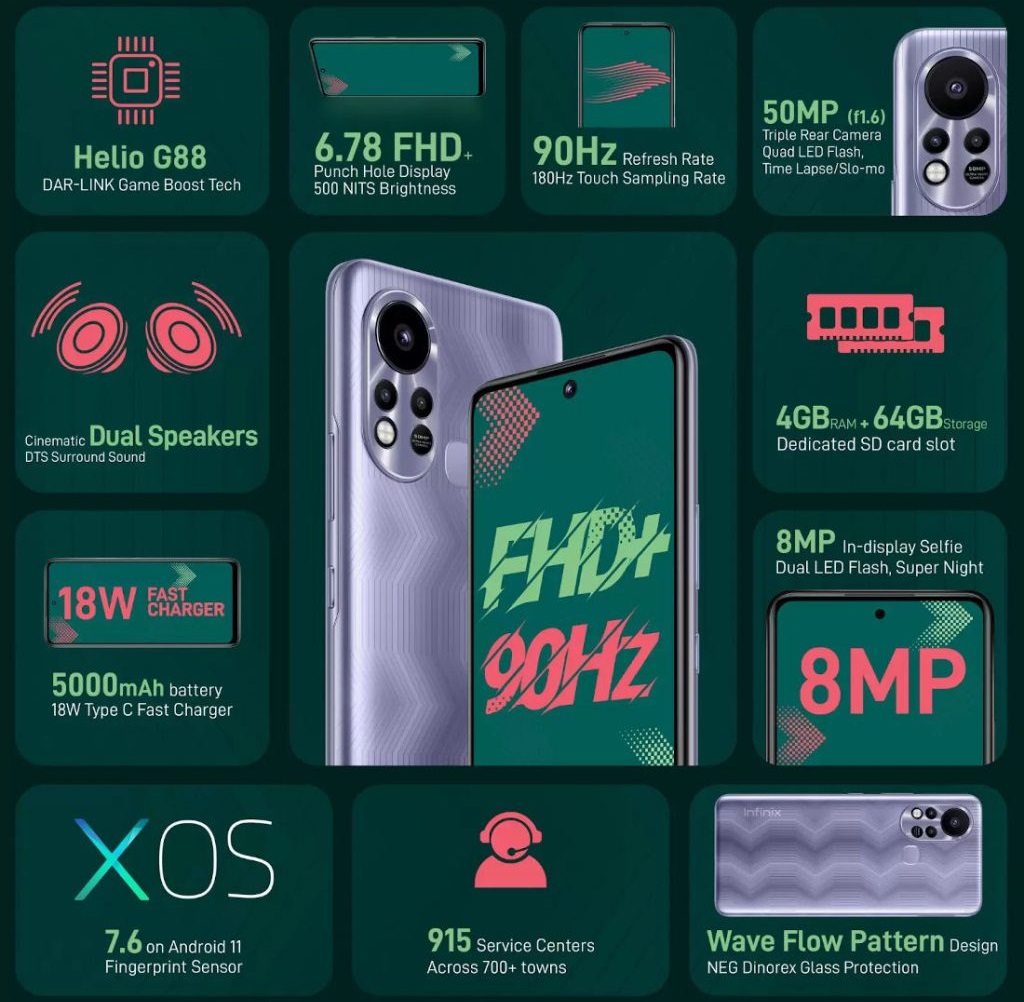 Both phones are given the latest Google Android 11 with HiOS 7.6. You are also getting dual stereo speakers on both models, as well as a rear fingerprint scanner. On the battery compartment, the standard model has a slightly larger 5200mAh battery with 10W charger, while the ‘S’ variant is given a capped 5000mAh battery with 18W fast charging. 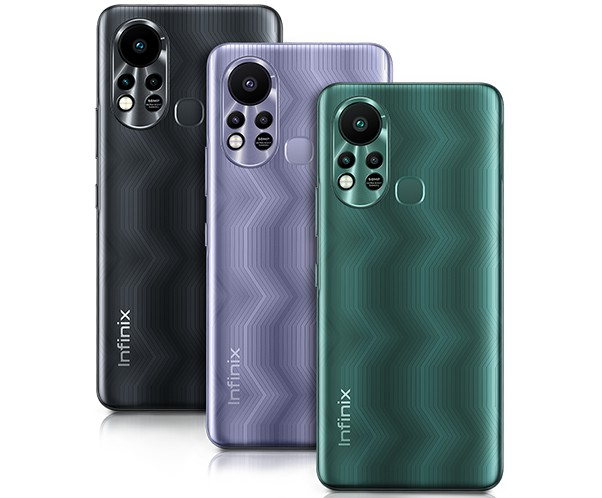 As for the camera specs; while the Hot 11s has three sensors on the rear, the standard model is given two sensors. The main snapper on the 11s is a 50-megapixel lens with a crazy f/1.6 aperture, along with 2MP depth and a third AI lens. While the 11 has 13-megapixel main lens, assisted by a 2MP depth sensor.

Both phone has four LED flash on the rear, and both has 8-megapixel selfie cam with dual LED flash on the front. The Hot 11 has 4GB RAM and 64GB expandable eMMC 5.1 internal storage, and so does the Hot 11s. 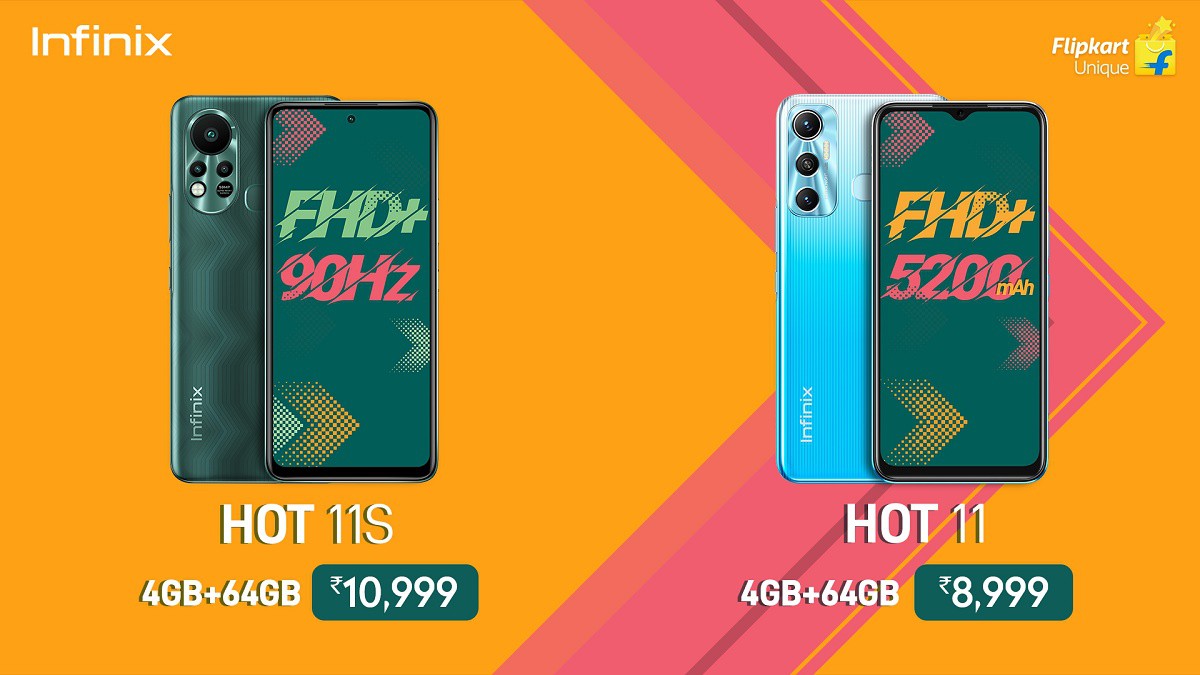 While the vanilla Hot 11 is tagged to be available soon, the Hot 11s will starting selling via Flipkart from September 21st, and it is priced at Rs. 10,999, an equivalent of $150 US Dollars. The vanila model on the other hand will cost Rs. 8,999 when it becomes available. Painting for the 11s includes Polar Black, Green Wave and 7° Purple.