From the display, the Infinix S5 Pro features a 6.53-inch Full HD+ display with a screen resolution of 2220 x 1080 pixels. The display has 480 nits brightness, a pixel density of 394 ppi and above 90% screen-to-body ratio. Then there is a 2.35GHz octa-core MediaTek Helio P35 processor along with 4GB of RAM and 64GB of internal storage that is further expandable via microSD card. 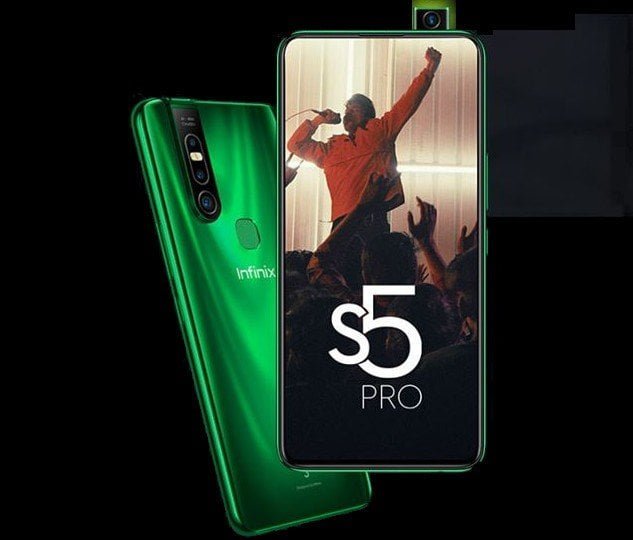 On the camera department, there is a triple camera setup at the back, having a combination of 48-megapixel primary lens with f/1.79 aperture, a 2-megapixel depth sensor, and a dedicated Low light sensor along with dual-LED flash. On the front, there is a pop-up selfie camera with 16-megapixel shooter and f/2.0 aperture. 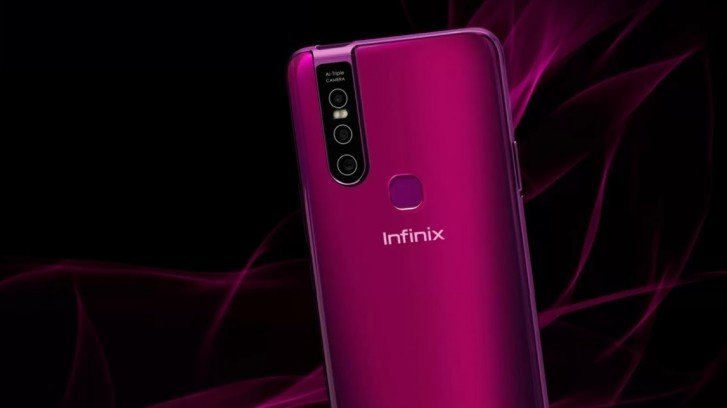 The phone runs on the latest Infinix XOS 6.0 Dolphin, which is based on Android 10. It is loaded with a 4,000mAh battery that draws power through a micro-USB port at up to 10W. There is also a rear fingerprint sensor as well as supports for dual 4G VoLTE SIMs.

The Infinix S5 Pro is available in Forest Green and Violet colors, and priced at Rs. 9999 India via Flipkart starting March 13. The device should be available in other regions like Africa soon.

Stephen Ekpahttps://www.droidafrica.net
Stephen is the Editor-in-Chief @DroidAfrica. His work on DroidAfrica is born out of pure passion for tech, especially as it relates to smartphones. When Steve is not writing tech, then he is reading tech.
Share
Facebook
Twitter
Pinterest
WhatsApp
Previous article
UniSoC T7520 is a 5G mobile processor with 6nm EUV
Next article
GSMA 2020 Award: best smartphone title goes to OnePlus 7T Pro