OPPO Mobile have just announced a new smartphone in Nigeria. This time, it not a Reno-series, but the OPPO A31 announced earlier this year in India. The device boast a 6.5-inch HD+ display with 720 x 1600 pixels resolution, with a dewdrop notch upfront housing the selfie camera. 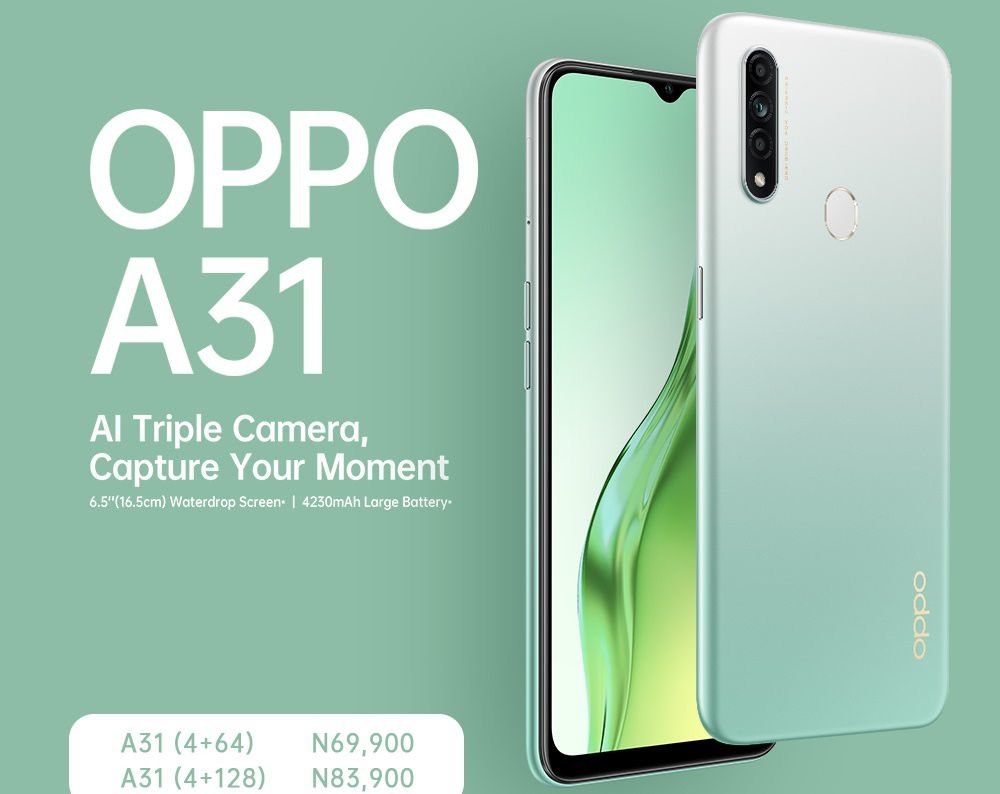 It is available in two storage versions; a 4GB RAM with 64GB internal storage priced at N69,900 and the second version with 4GB RAM and 128GB storage at N83,900. Both versions can be pre-ordered via a dedicated Google document page available via these link.

On the inside, the OPPO A31 is based on the Mediatek Helio P35 CPU, same CPU used in the Infinix S5 Pro and the Tecno Camon 15 Pro and Premier version. It SoC is a 12nm Chip with 2.3GHz octa-core CPUs, along with PowerVR GE8320 GPU.

On the camera department, there are triple sensors at the back. The main snapper is a 12-megapixel lens, pegged with two other auxiliary 2-megapixels, being a macro and depth sensors respectively, while a single 8-megapixel selfie snapper seats in the notch upfront. 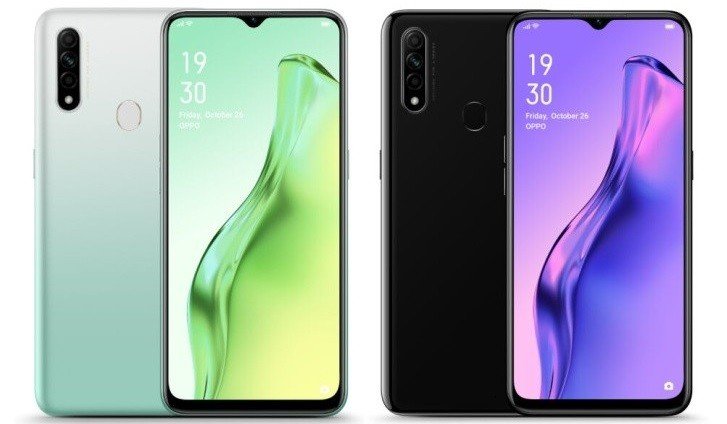 OPPO A31 Key Specifications and Features