The Oppo company has openly made known to the public the Oppo F19 will be launched on the 6th of April to join the already debuted F19 Pro and F19 Pro+ smartphones. Following several leaks and reports about this (Oppo F19) smartphone, it is expected to feature a 6.43- inch AMOLED screen with a standard refresh rate of 60Hz + an FHD+ resolution for better viewing of characters on the display. 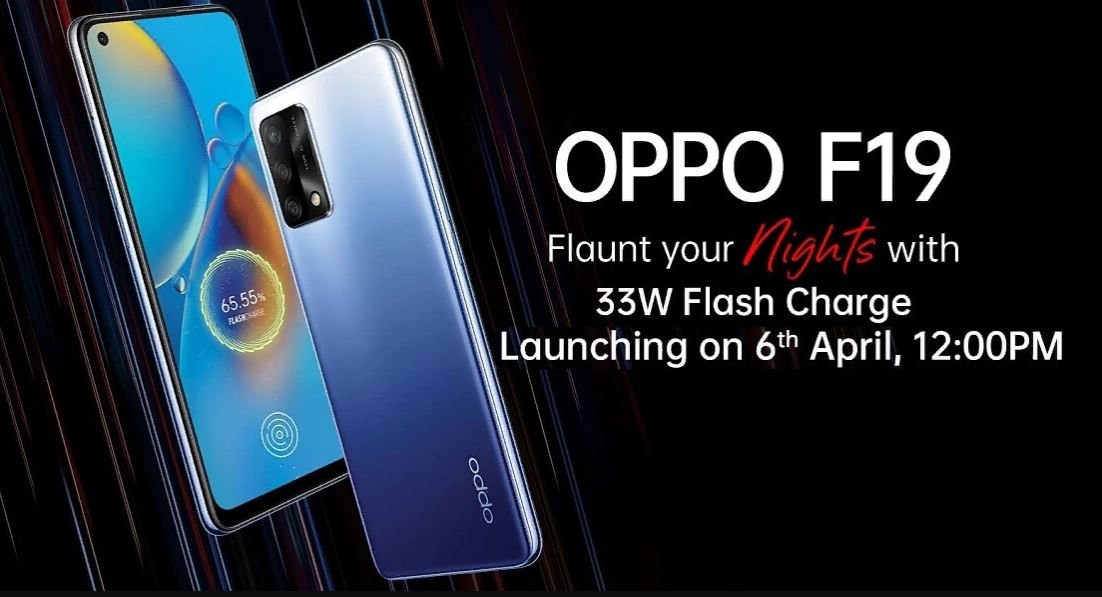 Furthermore, on the leak, there is every tendency the Oppo F19 smartphone will have a square triple rear camera module that accommodates a 48-megapixel primary camera sensor, which will be assisted by a 2-megapixel macro camera sensor and another 2-megapixel depth sensor to capture decent images. On the display, there will be an embedded 16MP selfie camera beneath the punch-hole design.

Reports have it that the Oppo F19 smartphone will run on Android 11 with Oppo’s ColorOS 11.1 on top. The onboard processor on this smartphone will obviously be Qualcomm’s Snapdragon 662 chipset that will be assisted by 6GB of RAM and about 128GB of internal storage which can also be expanded through the insertion of a microSD card.

We should also expect to see a well-equipped in-built 5,000 mAh large-capacity battery that supports 33W fast charging technology. Color options that will be made available for the Oppo F19 smartphone are Prism Black, Midnight Blue colors.