Redmi, a sub-brand of Xiaomi has officially announced the Redmi 9 Power in India, bearing Snapdragon 662 CPU and a large 6000mAh battery. The has similar specs with Poco M3 released earlier, and wholly looks like a rebadged Redmi Note 9 4G announced in China, except that Redmi 9 Power comes with four camera modules at the back, while the other two has triple rear snappers.

The camera specs on the Redmi 9 Power includes a 48-megapixel primary rear camera along with an 8-megapixel ultra-wide sensor, 2-megapixel 4cm macro sensor and a 2-megapixel depth sensor, while a single 8-megapixel snapper seats in the notch upfront on the front.

It has a plastic back with Aura Power design, has a side-mounted fingerprint scanner, comes with Stereo speakers and packs a 6000mAh battery on the inside with 18W fast charging. The other specs includes dual Nano-SIMs with 4G VoLTE network, while Google Android 10 with MIUI 12 boot out of the box. 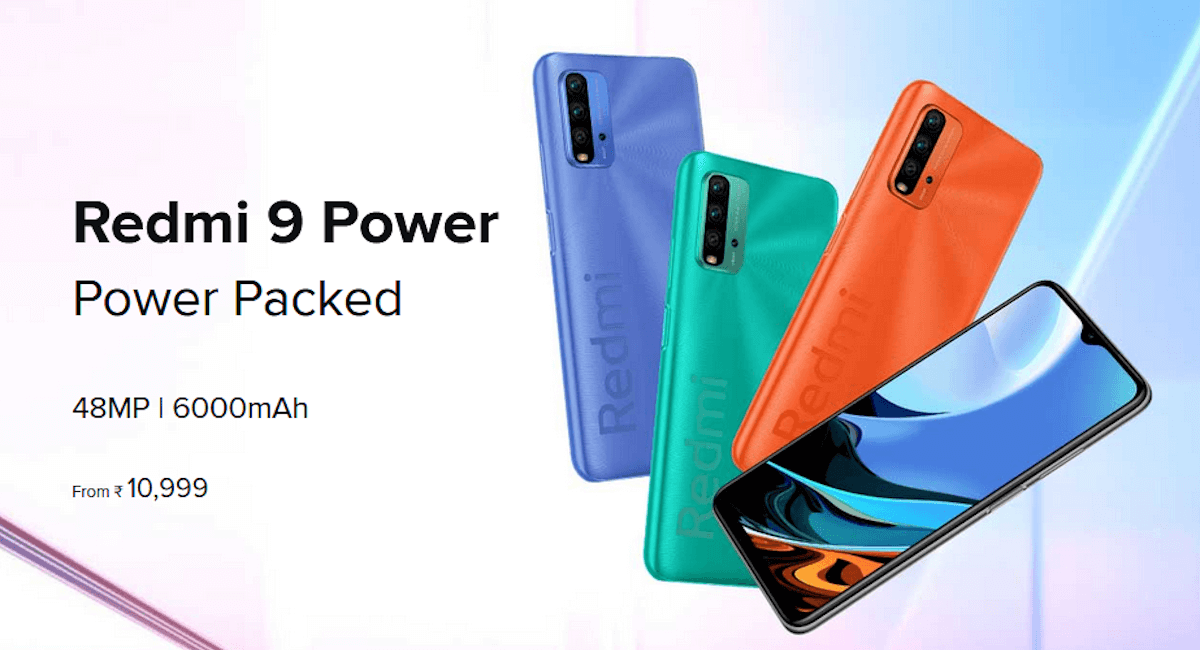 The Redmi 9 Power comes in Mighty Black, Fiery Red, Electric Green and Blazing Blue colors and priced at Rs. 10,999 for the 64GB storage version and Rs. 11,999 for the 128GB storage version costs, translating to $149 and $163 USD respectively. It will be available for via Mi.com, Mi Home Stores, Mi Studios and even Amazon.in starting from December 22nd.

Stephen Ekpahttps://www.droidafrica.net
Stephen is the Editor-in-Chief @DroidAfrica. His work on DroidAfrica is born out of pure passion for tech, especially as it relates to smartphones. When Steve is not writing tech, then he is reading tech.
Share
Facebook
Twitter
Pinterest
WhatsApp
Previous article
Mi 10T & 10T Pro with Snapdragon 865 & 108MP camera arrives Nigeria
Next article
Redmi 9A vs Moto E7 vs UMIDIGI A9; best smartphone with Helio G25 CPU