Taking India out of the radar, there are three variant of the Redmi 9 in the international sphere, especially Africa; these includes the vanilla Redmi 9, the Redmi 9C and the Redmi 9a. I wrote a detailed review about the standard 9 few weeks ago, and today we are taking a look at the “Median Guy”, the Xiaomi Redmi 9C. So on paper, what does this device offer? 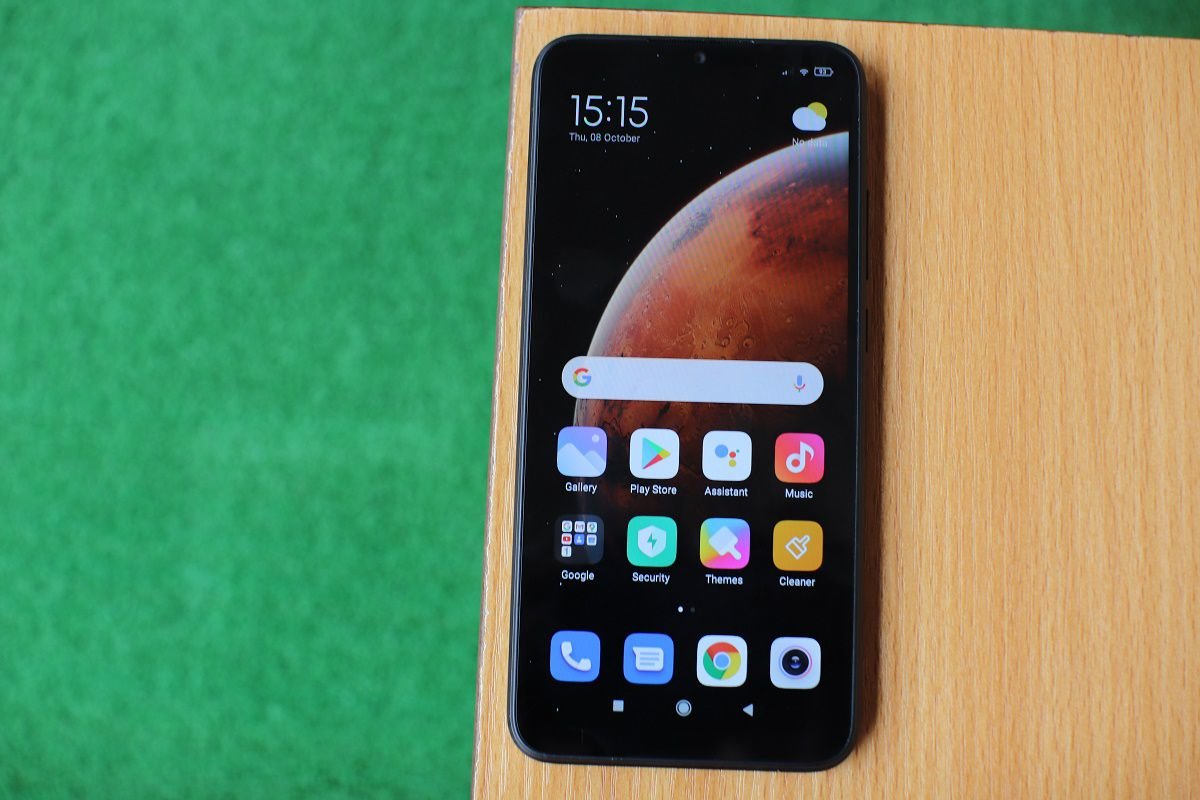 The Redmi 9c is available in Sunrise Orange, Twilight Blue and Midnight Gray which is the color sent to us, along with the following items in the box

For reasons unknown to me, the Redmi 9C did not ship with any screen guard or TPU silicon case. This is very strange as virtually all phones from entry to premium ships with TPU cases this days, and not to mention a phone with camera pump, a silicon case can help prevent the device from dangling back and forth when placed on a hard surfaces.

Navigation Notice: The review will be broken into sections for ease of navigations, just used the link navigator below to read sections that interests you.

The Redmi 9C did not feel much different in the hands than it elder brother, the Redmi 9.  Like the 9, the 9C also offers similar textured back panel, and weigh some grams lesser than the 9. At 197 grams, the toll of a 5000mAh battery is still noticeable once you pick the device up.

From the frontal view, the design language is reminiscent with the standard Redmi 9, having a dew drop notch upfront and a traditional button and port layouts; you have the Power button and Volume rockers to the right hand side, an overhead 3.5mm jack, triple card slot (dual Nano-SIM + SD-card) to the left and a mic receiver, micro USB 2.0 and loud speaker opening at the basement.

The textured back panel retains a protruded camera bump, a rear placed fingerprint scanner, which symmetrically fits into the rear panel, and then, the Redmi branding downward. The device has around 81% screen-to-body ratio, and one-handed usage is generally possible for folks with long fingers like myself, but the power button and volume rockers can be pushed to the middle of phones to further improve one handed usage.

It comes in a 6.53-inches dewdrop display with 720 x 1600 pixels. The screen is IPS, and yes, it has notable bezels on all four corners. The fate of Redmi 9 is still playing out here; color reproduction is okay, but outdoor use under direct sunlight is not, mostly due to less impressive brightness nits.

The Helio G35 Chip in the Redmi 9C has quad-core 2.3GHz Cortex-A53 and quad-core 1.8 GHz Cortex-A53 CPUs, pegged with PowerVR GE8320 GPU running at 680MHz. With the Redmi 9C, you get the latest MIUI v12 out of the box, and combining with the above hardware, the 9C runs buttery smooth most of the times.

I tested few speed and performance apps, and their results are below:

Buying the Redmi 9C for mid-range gaming? Well, that is what Helio G35 is built for, thanks to MediaTek HyperEngine performance optimization, which provides intelligent resource management for longer gameplay. 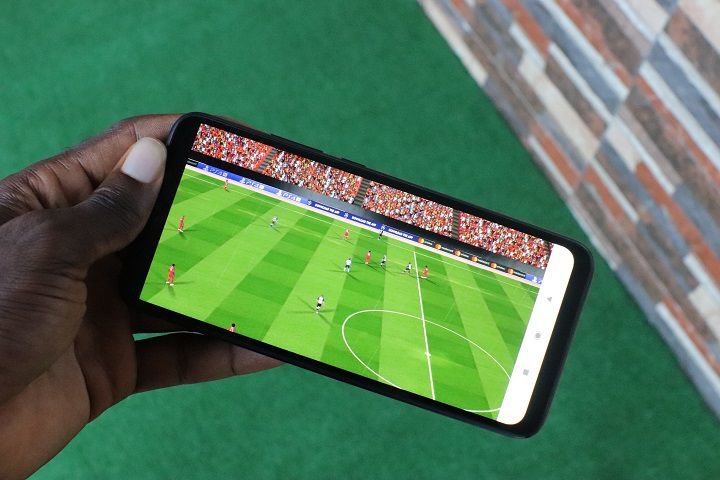 I did not play games on the 9C far too long, at least not 10 hours. But for the few time I spent playing Dust Settle, Traffic Rider and FIFA 2020, the device performed Okay. Although as l played through to level 60 in Dust Settle, the device started skipping multiple frames with notable lags. This should be due to multiple elements and bullets running on the screen at the same time, thereby putting higher strain on the GPU, making even MIUI v12 helpless.

Talking about MIUI v12, the OS is based on Android 10. Though Google service run out of the box, but you won’t get stock Android experience, instead you will be benefiting from extended customization and UI personalization that is not present on stock Android.

While the review was on, I was notified about three times that YouTube app was misbehaving, and then force closed, adding to that, I was also notified of MIUI v12.0.1.0 update via OTA, bundling in Android security patch for the month of September. These are virtually few of the cost and benefits of using MIUI, sometimes, some none MIUI apps may force close, but then, who don’t like consistent OS updates?

One thing I love about the MIUI 12 is the UI animation and transitions, right from the lock screen down to almost every aspect of the phone. But this same benefits is also the downside of the OS, especially on entry level smartphone like the Redmi 9C. Transitional animations in and out of applications some times makes the device feels slower than competitors offer with even quad-core CPU.

This does not mean the 9C is in any way sluggish. Even with the animations, the device is still smooth, but if you belong to the need for speed geeky folks, you might need to disable animation from settings. Just head over to Settings=>Accessibility=>Remove animations, and your device should me more smoother.

As far as camera goes, the Redmi 9C has three snappers at the back which includes a 13MP f/2.2 main lens; a 2MP macro and 2MP depth lens @f/2.4 aperture respectively. Aside the display, if there is another area Xiaomi cut cost on the Redmi 9C is on the camera wing. The device is able to take clean pictures in bright daylight and a well lighted indoors. Here are some camera samples from the Redmi 9C {Click to Zoom}

The cheapness of the device becomes visible when taking photos indoors, especially in lowlight or poorly lighted condition. The main 13-megapixel lens at the back has f/2.2 aperture, and a result, the lens struggles to take-in light and maintain details on the subject during lowlight use. Sadly enough, the rear LED flash did not help much either. These images are taken in low-light, {Click to Zoom}.

The device comes with a 5-megapixel selfie lens on the front, which is able to take decent social media selfies in good lighting condition, but I will generally not use the selfie lens in a poorly lighted conditions since there is no frontal LED flash. Here is what I mean: {Click to Zoom}

But can you use the Redmi 9C to record video? Absolutely yes, however, since the device is not built for camera performance, I was not expecting much. Although the video output is still decent. The camera can record on 1080/[email protected], and come with up to 10x digital zoom which is almost difficult to maintain sharpness, except if you are shooting still, and importantly on a tripod, since the Redmi 9C does not have OIS or DIS. Here is an example.

As for the sound output, the device has a single firing speaker in the basement. Playing a fairly loud sound and using a sound metering app along with the built-in microphone, the speaker averaged a 83dB (decibels).

In real life usage, the speaker is fairly loud with noticeable mid and high. The presence of low is minimal, leading to lack of bass. You are even introduced to a more serious problem when watching video or playing games in landscape mode. The top and bottom chin of the Redmi 9C has an inward curvature, which almost, totally muffle out the sound when a finger is placed across it. But this design helps prevent the device from firing sound directly on a hard surface when laying on a table or similar surfaces.

For me, 1 hour and 34 minutes of video playback spilled 17% battery juice away, while 32-minuts playing FIFA 2020 at 70% brightness snipped another 16% juice. You can expect up to 3-full days of use, if you use your phone only for calling and texting, which is a solid performance, thanks to power optimization of Helio G35 CPU.

Based on my experience with the Redmi 9C, I won’t call this device an entry-level smartphone, maybe a mid-midranger will be most suitable. The device could have completely blown out competitors suppose the screen is more brighter and the camera could take in more light in lowlight conditions.

But even at that, the Redmi 9C is still a great value for money, especially for folks beginning on Android gaming and, who loves OEMs that provide OS update even for their cheaper smartphone variants. 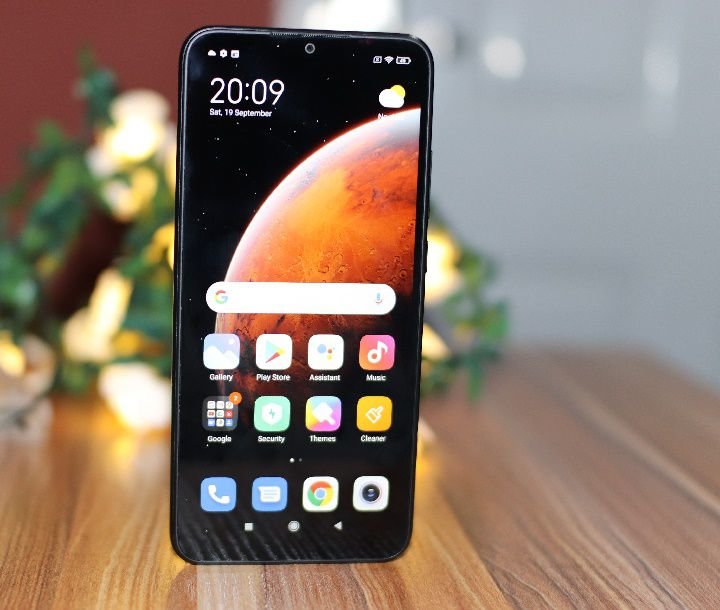 But if the Redmi 9C is not for you, few hand-picked smartphone you might want to consider includes;

Advertisements
Previous article
NUU Mobile G5 and a clamshell F4L unveiled in US
Next article
The stage is set for Infinix Note 8/8i, coming with Helio G80

Advertisements
The Redmi 9C is still a great value for money, especially for folks beginning on Android gaming. Based on my experience with the Redmi 9C, I won't call this device an entry-level smartphone, maybe a mid-midranger will be most suitable.Redmi 9C full review: better or just cheaper