February has been named the launching month for Xiaomi’s Redmi K40-series. Rumors about the K40-series is still ravaging the net with very minimal official confirmations. Although we do know that a set of smartphones are being developed under the K40 moniker, and to further buttress on this, a 3C certification have just emerged revealing three upcoming Xiaomi smartphone modelled M2102J2SC, M2012K11AC, and M2012K11C; two of which are expected to belong to the K40-series.

Previous rumors have mentioned three smartphones with different configurations in the K40-series, but this 3C certification only points to two K40-series, with the third device suspected to be the upcoming new edition of Xiaomi M10 with refresh Snapdragon 870 CPU. But the trio smartphones will be joined with a 33W fast charging, as revealed by the certification document. 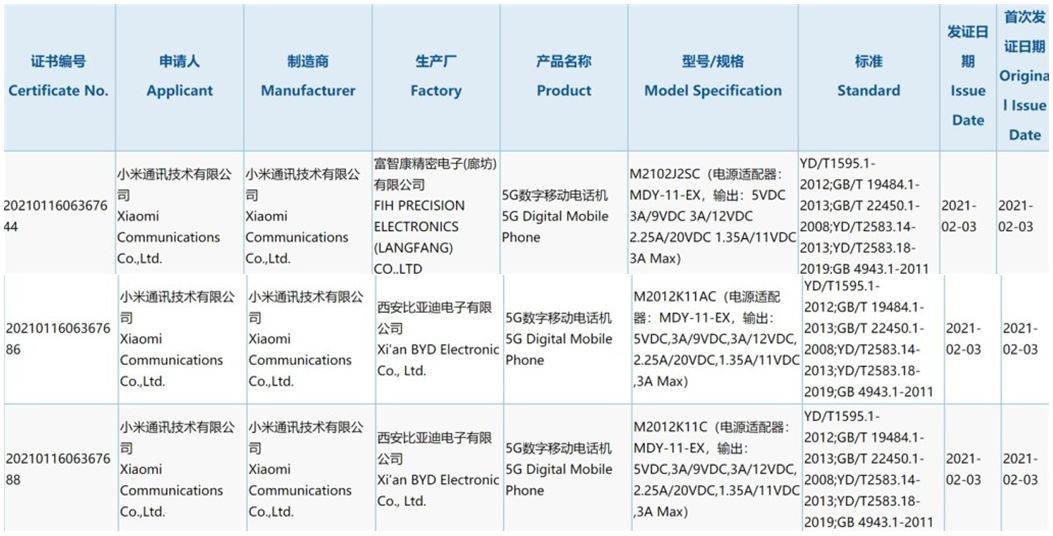 A charger model number is specifically mentioned, which is MDY-11-EX, and this can only mean two things;

Xiaomi K30-series were the cheaper variants of the vanilla Mi 10-series, so also the K40-series are expected to be the cheaper option to the M11, and it will be nice so see a little above 33W fast charging support.