This smartphone which is the first Xiaomi smartphone to be dedicated to gamers will sport a 5,065 mAh battery. It will also have a 67W wired charging. This automatically makes this brand-new device the best-equipped Redmi K40 member in terms of battery capacity and fast charging. 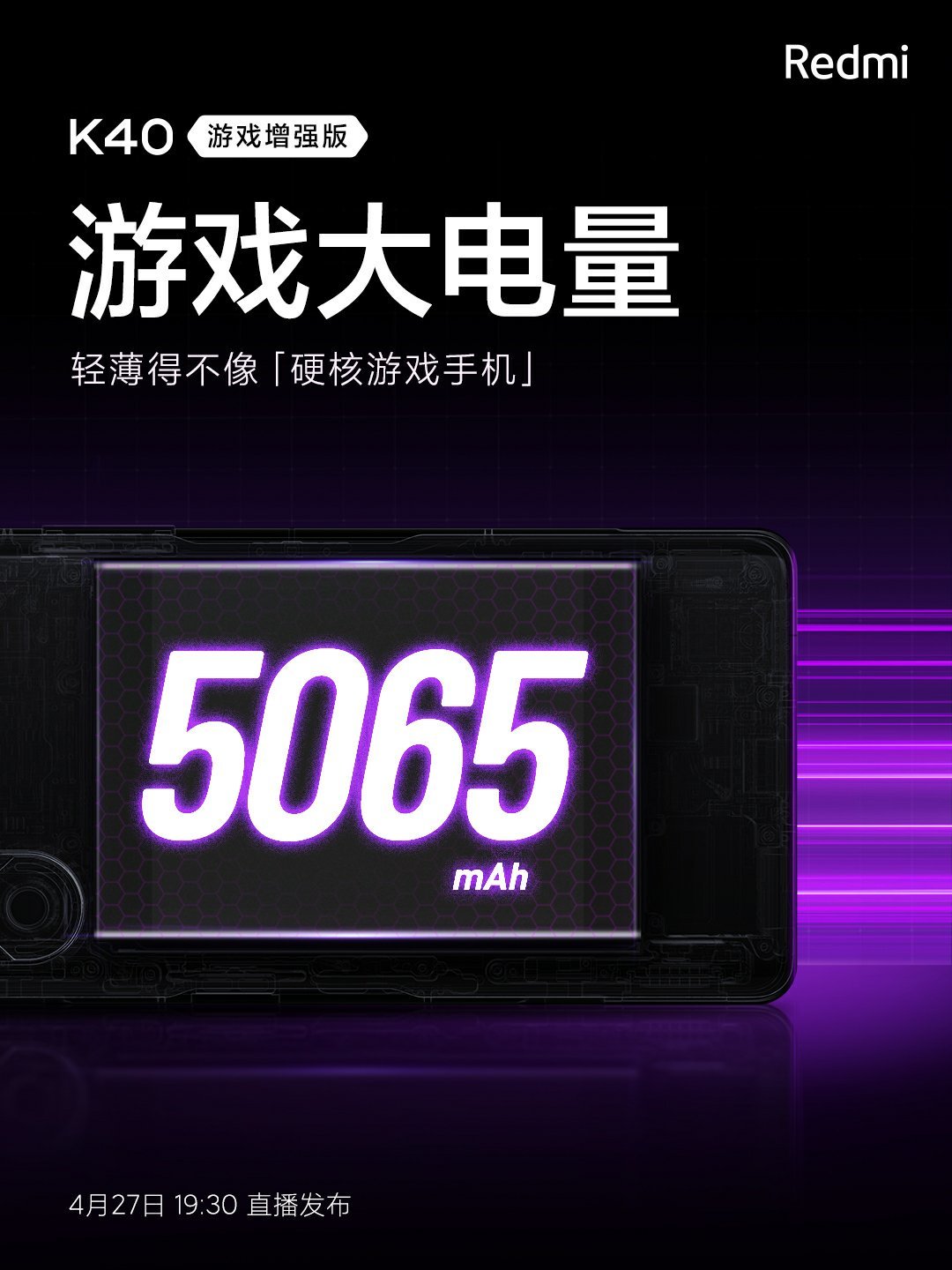 Redmi also announced its partnership with JBL Audio. This collaboration means that the K40 Gaming Version will be the first device to feature dual speakers tuned by the legendary audio company. A confirmation has been gotten that the device will come with Hi-Res Audio and Dolby Atmos support.

We are anticipating the official launch of the Redmi K40 Gaming Edition. The announcement is tomorrow. We expect that this device debuts with a 120Hz OLED display, MediaTek’s Dimensity 1200 chipset, and physical shoulder triggers setup with a stylish outer design.