A fresh rumor is suggesting that Huawei is working on a 135W super fast charger. This about 10W faster than OPPO’s 125W Super VOOC charger, and 15W faster than Xiaomi’s 120W fast charging.

But if the fast charging brick is for a smartphone, then it might debut with Huawei’s upcoming flagship P50-series. Xiaomi, OPPO, Realme and Vivo have also introduced 120W charger and even higher in the past. As for Huawei, the fastest charger from the company so far is a 65W charger, which actually launched separately, and compatible with Huawei’s P40-series. 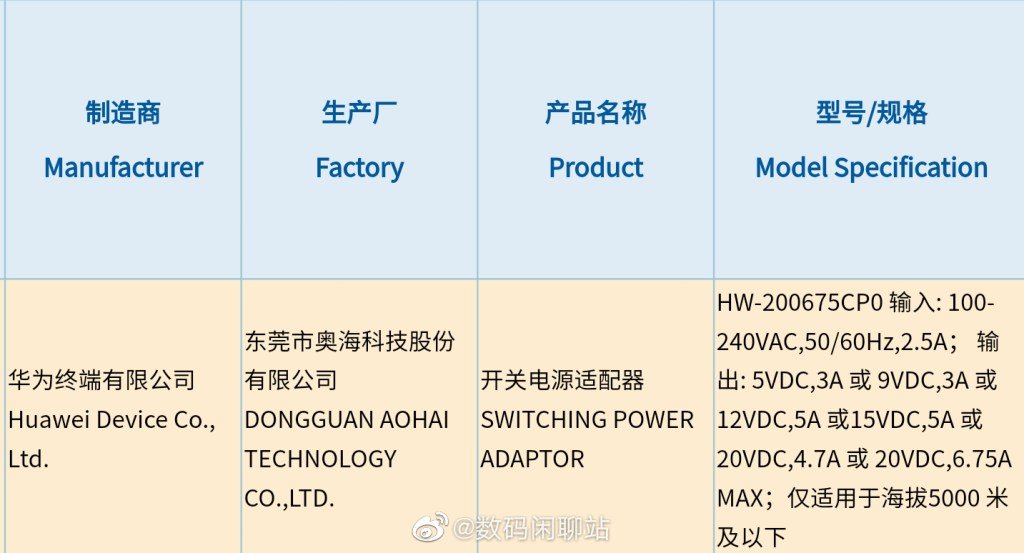 If Huawei is able to deliver this charger along with the upcoming P50-series, then it will be the fastest commercially available charger, but the launched date for the P50-series is not confirmed yet.

Talking about the P50-series, rumor has it that Huawei will be erasing the sided pill-notch in favor of a centralized dot-notch display. The device will retains the rear camera design seen on the Mate 40-series, and the display will have dual curvature like most Huawei premium devices.