It seems the Galaxy A21s is almost ready to go official. We came across few renders today while gallivanting through the Internet. But aside the render, the source also listed the full specifications and features of the device among which is a quad-rear camera modules and a new mid-range chip from Samsung dubbed the Exynos 850.

Apparently, the Galaxy A21s will be the upgraded version of the Galaxy A21 launched a month back. So the said Exynos 850 does not support 5G, so you are not getting 5G network network bands, but from the listed specifications, you are sure getting a 6.5-inch HD+ (720 x 1600 pixels) PLS TFT display with a punch hole notch, just like it predecessor. 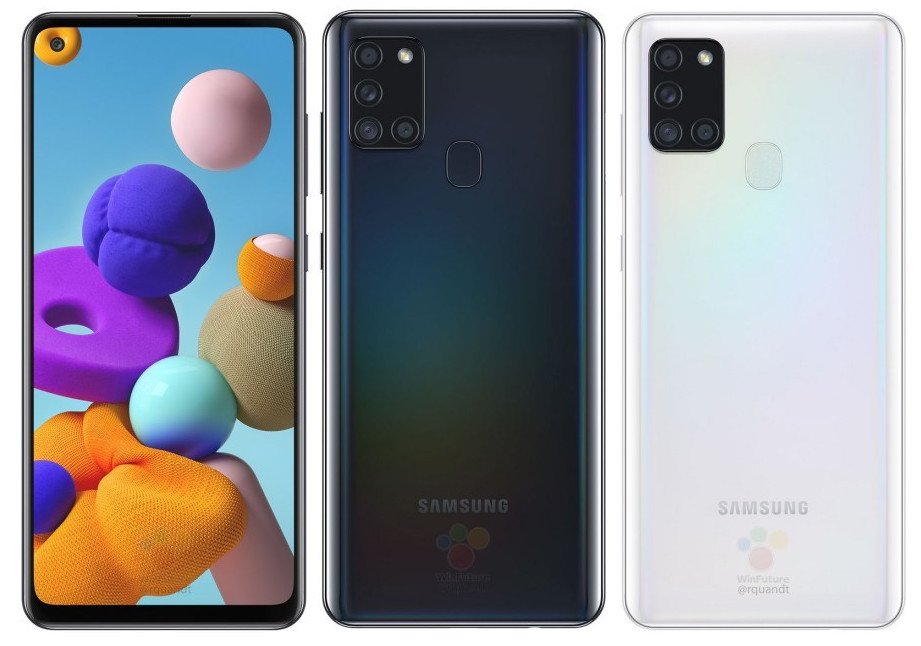 The bundled CPU is an octa-core Chip clocked at 2.0GHz along with 3GB RAM and up to 64GB expandable storage. There are four camera modules at the back with a combination of 48MP f/2.0 primary + 8MP f/2.0 ultra-wide lens, a 2-megapixel depth sensor and the fourth 2-megapixel macro snapper, while a single 13MP shooter seats in the hole upfront.

The Galaxy A21s will draw energy from a built-in 5000mAh battery and might launch with about $214 priced tag. If you know Samsung, then you know that the launch of this phone is imminent, but until then, please add a pinch of salt to this rumor.