A new Sony smartphone has allegedly surfaced on GeekBench. As you all might have known, GeekBench always shows specifications of all upcoming smartphones as well as it’s power capablity. As per GeekBench results, it shows that the smartphone is powered by a “Kona” processor which is a code name for the new Qualcomm 865 chipset. This means that the new Sony upcoming smartphone will be equipped with the latest Qualcomm’s chipset.

GeekBench also reveals that the smartphone will come with a whopping 12GB of RAM. The device is actually the Sony Xperia 8. You know, Sony has been striving hard long time ago to produce a good smartphone that will satisfy it’s fans but they usually ends up being knacked out by their competitors. When they released the Xperia 1, they didn’t make much sells and that same thing applies to the Xperia 2. But now, it’s seems the company wants to produce a mind blowing smartphone this time around. The smartphone is also said to be running on the latest Google’s operating system which is Android 10. Yes, GeekBench reveals that the device is coming with Android 10. 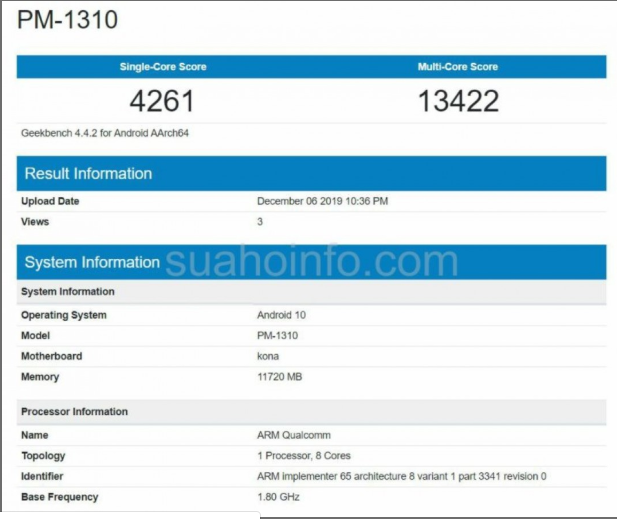 The Sony Xperia 8 actually appeared last month and we got to see it’s rear design but now, thanks to GeekBench, we were able to determine it’s few specifications. Previous leak last month revealed that the Xperia 8 will come with a total of 6 whopping cameras. 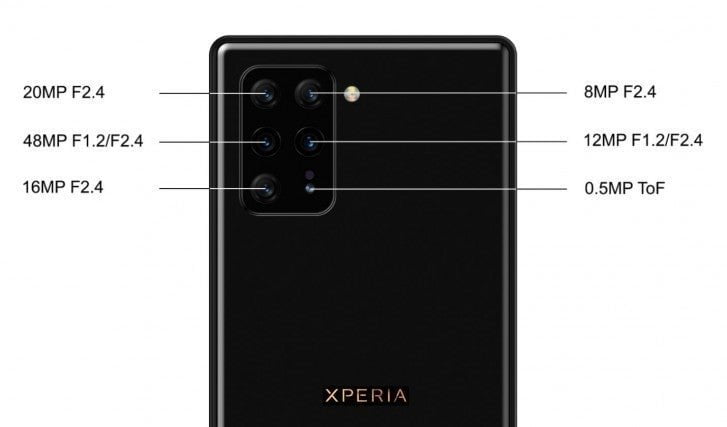 The camera consists of a 48MP, 20MP, 16MP, 12MP and an 8MP sensors accompanied by a ToF sensor. Not only that, it will also arrive in four different versions and configurations. One of its higher variant will support 5G Network. You can see that Sony is not joking this time around, hopefully, they are going to rise with this smartphone. The higher variant which will come with 5G is also tipped to come with a QHD display. As of now, the company has not said anything about this phone yet nor deny it, we expect more information about this smartphone in the near future.

Stephen Ekpahttps://www.droidafrica.net
Stephen is the Editor-in-Chief @DroidAfrica. His work on DroidAfrica is born out of pure passion for tech, especially as it relates to smartphones. When Steve is not writing tech, then he is reading tech.
Share
Facebook
Twitter
Pinterest
WhatsApp
Previous article
Nokia 2.3 vs Xiaomi Redmi 8: Specification Comparison
Next article
Huawei P40 renders leak; five rear cameras