Tecno’s Spark 7-series is just being introduced in the market. But this is just a midrange-series; Tecno also have a flagship lineup that mostly get a new model every other year. That lineup is the Phantom series. The last smartphone in these series was the Phantom 9 which was announced back in July of 2019.  Now, Tecno is set to upgrade the series with the next iteration being the Phantom X.

We’ve covered few rumors and news about this upcoming Tecno phone in the past, and we’ve even seen a Tecno device on GeekBench bearing AC8 as the model number, but none of those has been officially associated with Tecno until today.

As per the listing on FCCid.io today, Tecno officially confirms the existed of ACE, aka Phantom X (or Phantom 10, probably), showing the expected look of the phone in a “diagramic” form. 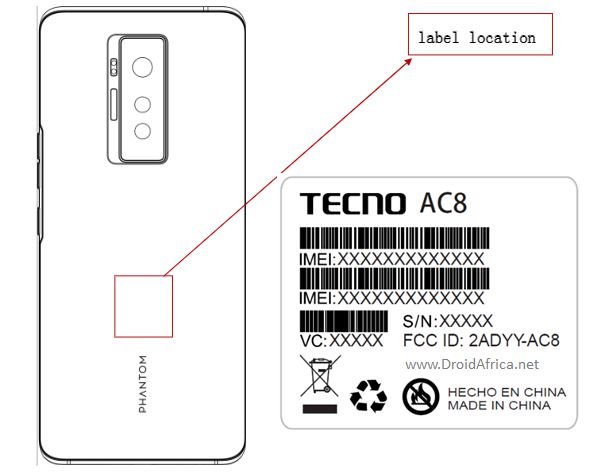 The diagram above did not only agree with what we’ve been told in the past, but also confirms that the AC8 is indeed the next Phantom series. It looks like the upcoming Phantom X will retain same three camera lenses as the previous model, but the individual sensors inside will be definitely better. Previous rumors claim there will be a pro model which will offer up to four lenses on the rear, and both model will use dual selfie cameras on the front. 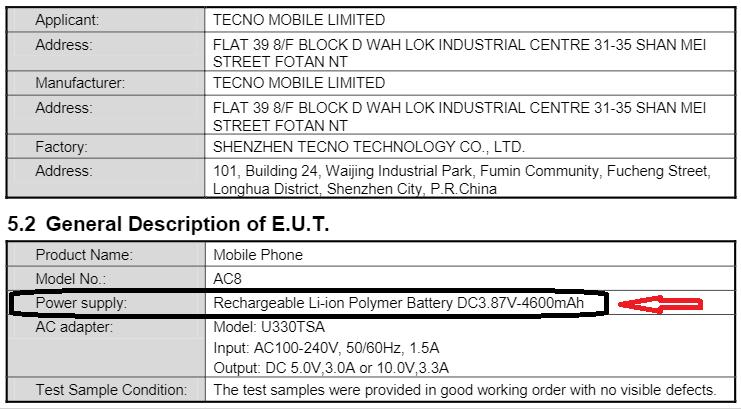 Further than the line, the certification document also confirms the presence of a 4600mAh battery, that will be powered by a 10V/3.3A wall brick, which is an equivalent of 33W fast charger. The device itself is expected to come in a large 6.8-inches display, while relying on MediaTek Helio G90T as it processor. Given the current certification, We won’t be surprise if Tecno pushes out the Phantom X series within the coming weeks.