Tecno introduced the Spark 6 Air in India about a month ago, but the standard Spark 6 is yet to be announce. Now a new Tecno device bearing model number KE7 just showed up online, and if all things should remain same, this might be the standard Tecno Spark 6 smartphone.

The device which was listed on a certification site, has Tecno logo and the SPARK branding plastered at the back, as well as four camera modules arranged in circular bump with 4-LED flashes. 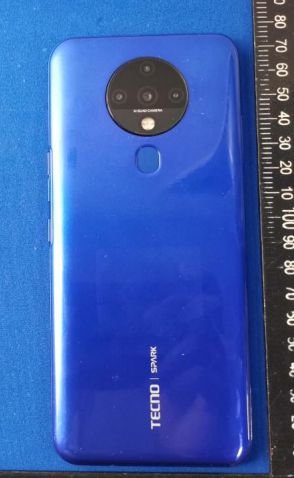 At the front, the KE7 has a punch-hole notch display, and may offer around same screen specifications like it predecessor, which may include a 6.6-inches display with 720 x 1600 pixels resolution

It has been rumored that the Tecno Camon 16-series launching soon will come with USB Type-C, YES!, but not the purported Spark 6. Maybe, we could expect USB-C interface from 7th generation of the Spark-series, but for the Spark 6, well, it might just be same Micro USB 2.0. 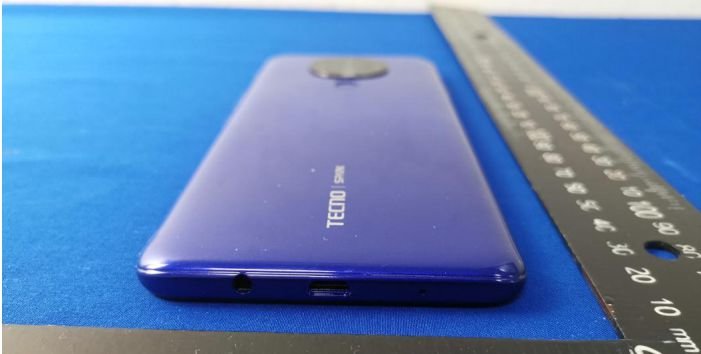 Obviously, Blue will be among the color options of the upcoming Spark (6?) KE7, and there will be a rear placed fingerprint scanner as well. The device will probably run on Google Android 10, and might come with above 4000mAh battery.

In a related story, Tecno have confirmed that it will be launching the Camon 16-series within next, which according to rumor is believed to be the first Tecno Smartphone to have a pill-notch display as well as the Mediatek Helio G90T CPU. You can catch more on the Camon 16 stories HERE.

As for the upcoming Tecno KE7, possibly the Spark 6, we currently have no idea when it will be announced, but seeing the device in an almost finished state, the launch might be by the corner, but until then, apply caution to the specs above.