The stage is set for Infinix Note 8/8i, coming with Helio G80

Infinix has officially confirmed the launch date for the upcoming Note 8, the direct successor of Infinix’s Note 7 launched earlier in March of 2020. If you can still recall, two of the key outstanding specs in the Note 7 was the larger 6.95-inches display, and the presence of Helio G70 gaming CPU from Mediatek. From what we’ve gathered so far, the Note 8 will retain same 6.95-inches display, and will offer updated specs than as seen on the 7.

For example, the device is now confirmed to be based on Mediatek.s Helio G80 CPU in addition to some other potentially compelling specs such as a quad rear cameras driven by a large 64-megapixel. But not just that, this time, the Note 8 from Infinix will sport dual front facing cameras as seen on the Zero 8-series. And like Zero 8, it will also come with an ‘i’ variant, probably for the Indian market.

The standard Note 8 will be launched in Nigeria, Kenya and few other African countries on the 15th of October, which is about 3-days from today. Moreover, if you live in Kenya, you can pre-order the Note 8 starting from today, the 12th of October. This pre-sale will run until 25th of October, and early buyers may expect a gift of wireless earphone, or a smart watch. 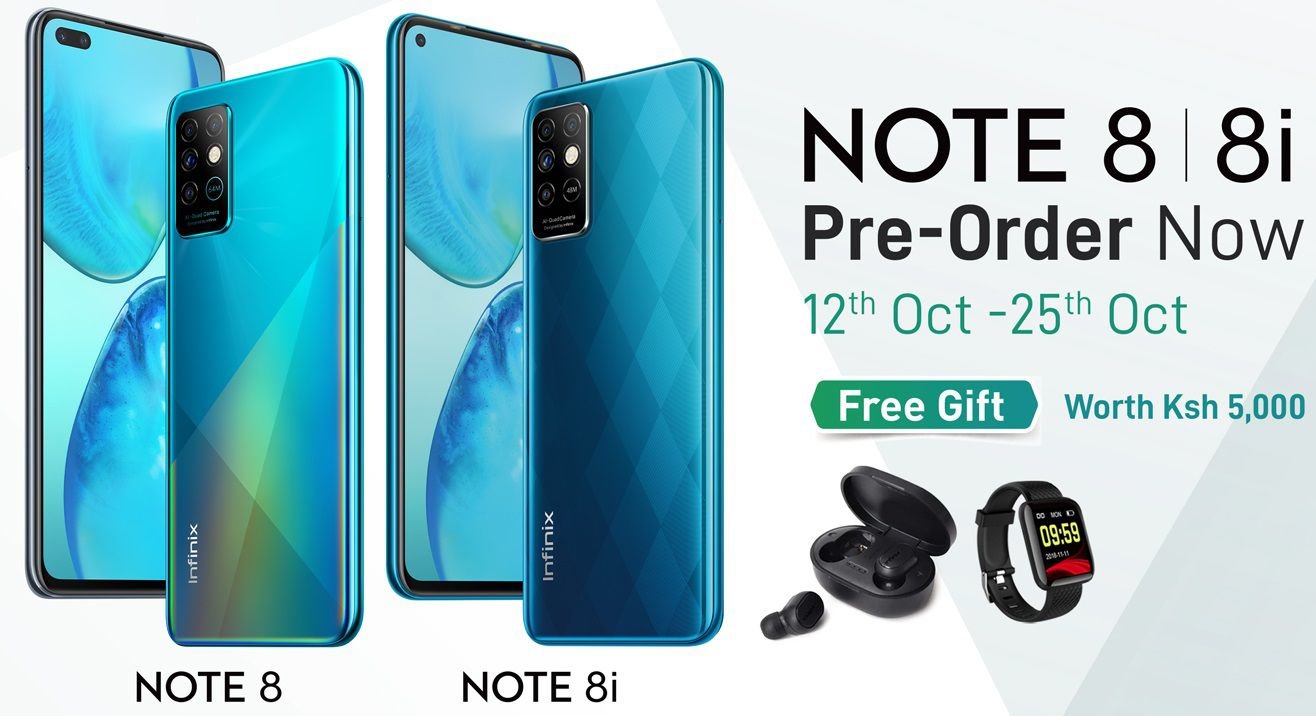 The Note 8-series will have 64 MP rear camera, and will be powered by a 5200mAh battery. Storage option will be 6GB RAM and 128GB of internal storage, while the 8i might have 4GB RAM and 64GB storage. Only the Note 8 will have dual selfie, the Note 8i will come with a single snapper upfront.