Xiaomi is currently working on it 2020 flagship device; the Mi 10 and the Mi 10 Pro, which the company plans to announce in the first quarter of 2020. As you would expect, a lot has been known about the upcoming Xiaomi flagship device, especially one of the most important aspect of the smartphone, which is the processor.

Xiaomi went on board the very day the Snapdragon 865 SoC was unveiled, to announce that the Mi 10 will be among the first set of smartphones to use Qualcomm’s newest comer. And today, few leaks on Chinese Weibo has not only confirmed the use of SD865 in the Xiaomi Mi 10, but has also shown performance upgrade that users can expect over the previous Mi 9.

As seen in the image above, an alleged smartphone believed to be the upcoming Xiaomi Mi 10, is able to blow above 560,000 in Antutu v8 test. This is virtually the first smartphone to make it up to 560k in Antutu score, topping the score of Asus ROG Phone 2 with extra 60,000.

Aside the Antutu score above, there were few leaked images of the Mi 10, which revealed what the device looks like. While the actual screen size of the device is not yet know, we were surprised to see punch-hole notch on the screen of the Mi 10 as against the waterdropping notch used in the Mi 9-series. But even at that, the screen still looks more appealing than the pile-notch used in the recently announced Redmi K30. 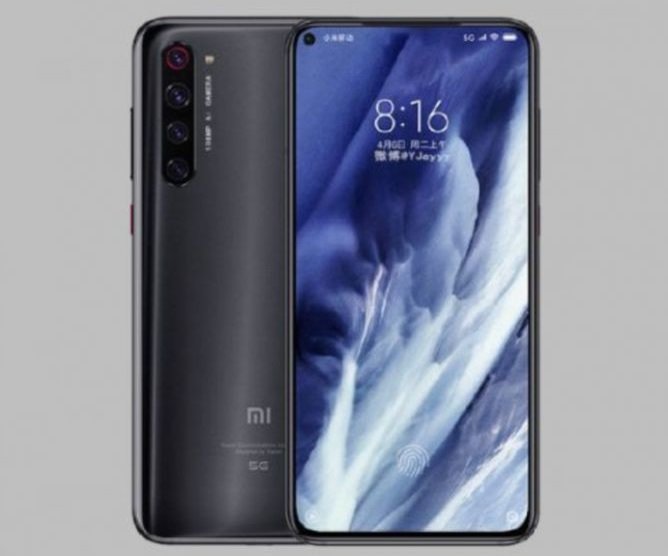 Aside the notch, the display also has indication for on-screen fingerprint scanner. As far as the design goes, the back panel of the Mi 10 is curved toward the side. This brings back a little memory of the previous model Mi 9 as it seems.

Also, the Mi 10 will obviously come with 4 camera modules of unknown sensors at the back, along with a single LED flash. The device is said to go official just before the announcement of the Samsung Galaxy S20-series on the 11th of January, 2020.