Vivo has just announced a new mobile phone in Cambodia dubbed the vivo Y50. The device is a mid-range mobile phone and come with a large 8GB of RAM and 5000mAh battery. The device comes in a 6.53-inch full HD+display with a resolution of 1080 x 2340 pixels. It has a punch-hole notch overhead, housing the selfie camera. 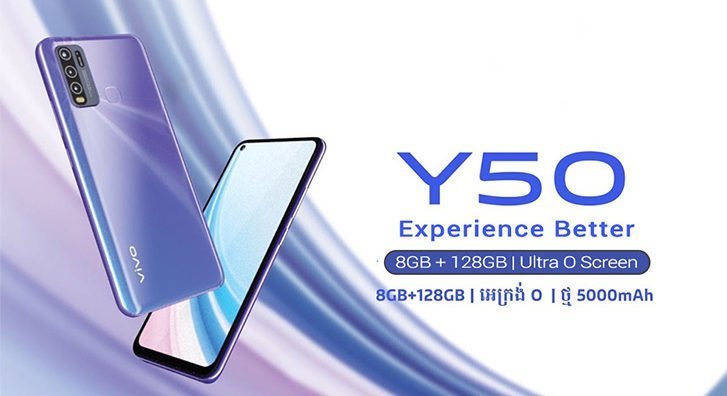 Powering the device is the Qualcomm Snapdragon 665 CPU. This is an an Octa-core CPU clocked at 2.0GHz along with Adreno 610 GPU. As mentioned above, you are getting 8GB RAM pegged with 128GB internal storage, which can also expanded upto 256GB vis SD card.

On the optics, the smartphone has a quad rear camera setup which includes a 13-megapixel primary shooter, an 8-megapixel wide-angle shooter with 120 degrees field-of-view, a 2-megapixel portrait shooter, and a fourth 2-megapixel dedicated macro lens with 4cm focal length. 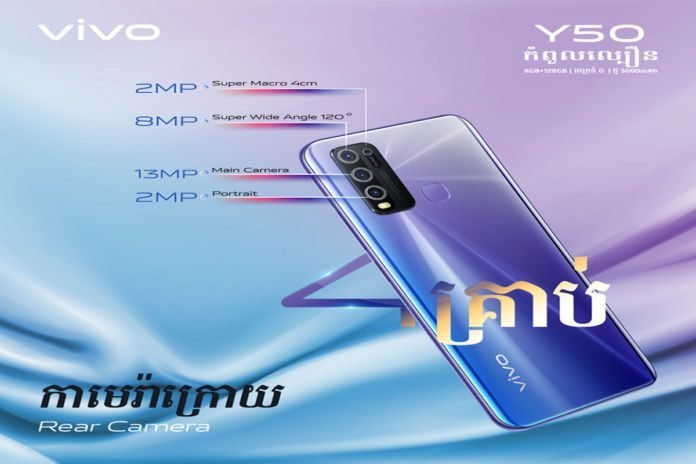 The Vivo Y50 runs on Android 10 out of the box with FunTouch OS on top and it is backed up by a 5,000mAh battery with supports fast charging. There’s also a physical rear-mounted fingerprint scanner installed at the rear of the device.

The security department includes a rear placed fingerprint scanner, and other Android security system, including FaceID. The phone has a price tag of $249, and it comes in Starry Black and Iris Blue colors, with pre-ordering starting today, the 6th of April, till April 11th.